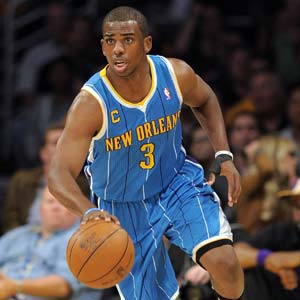 The contract is yet to be made official, but ESPN sources said that Paul had verbally agreed to sign the contract, reports Xinhua.

Doc Rivers, who guided Boston Celtics to the NBA title in 2008, joined the Clippers for the franchise's championship ambition, and the former Celtics head coach is considered a key reason for Paul's decision to stay.