Linthoi Chanambam became the first Indian judoka to clinch the country's first-ever gold across any age-group in the Cadet World Championships held in Sarajevo. 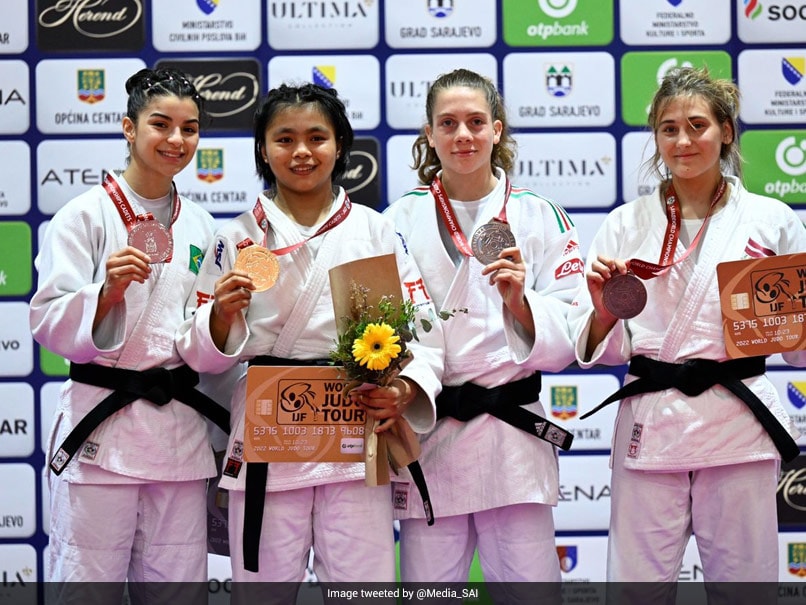 As a martial arts nation at the global level, India haven't had a lot to write home about save a few medals at the Commonwealth level. But a look at 16-year-old Manipuri teenager Linthoi Chanambam does provide hope. Hope of a better future in the combat sport like martial arts. Linthoi, all of 16, etched her name in the history books as she became the first Indian judoka to clinch the country's first-ever gold across any age-group in the Cadet World Championships held in Sarajevo.

"I feel absolutely great. It is an incredible feeling. I feel like I did something from the bottom of my heart and here is the result," a beaming Linthoi told during a virtual media interaction.

"I started Judo from 2014 and I came to Inspired Institute of Sports (IIS) in Bellari in October, 2017. The last five years, with so much of support from everyone, my life has really changed," she added.

Linthoi, however, is forthright with the fact that had it not been her father, she would not have reached where she is right now.

"The academy where I was previously part of before joining IIS, was at a stone's throw distance from my home. So, my father always accompanied me during my practice sessions," Linthoi said.

"I always wanted to take up a sport like Judo from a very young age. In fact, I love boxing and football as well. But there were quite a few Judo academies near my hometown. That's what attracted me most about this sport and my family supported me from the very beginning," she added.

The journey, however, has been quite difficult for Linthoi, in her own words as it was not easy for to bid adieu to her parents in Imphal and come straight to Bellari in Karnataka.

"It was very difficult. I always stayed with my father. The day I went to Telangana for the National Championships, my dad was crying profusely," laughs Linthoi.

"It was very difficult for me to console her father. They do have a very good bonding. But, yeah, she proved, that she is an extraordinary talent and too good," quipped her coach Mamuka Kizilashvili.

Even at 16, Linthoi has many feathers in her cap. Apart from being the reining Cadet World Champion, she first won gold at the sub-junior national championship in 2018.

"I first saw her in Telangana. I was part of the talent identification development programme that unearths talented judokas from over India.

"When I visited Manipur, I was surprised to see the passion people have for the sport there. The first time I saw her, I instantly knew that she has something in her to become a world class athlete, although she was very young then," recalls her coach Mamuka.

"When as a coach, you start training an athlete from such a young athlete, it is very easy to mould them. It really worked for her too. She also proved it big time.

"This is a historic achievement and could change Indian Judo in the coming days. Both the Indian government and the Sports Authority of India are doing the right things to support the athletes. For instance, Linthoi was only 13 when we recommended her to SAI. And, they funded her from that very moment," he added.

Linthoi has already set sights to perform at the bigger events, including the Paris Olympic Games in 2024.

Comments
Topics mentioned in this article
Judo
Get the latest updates on IPL Auction 2023 and check out  IPL 2023 and Live Cricket Score. Like us on Facebook or follow us on Twitter for more sports updates. You can also download the NDTV Cricket app for Android or iOS.