A 15-member Indian judo team was forced to withdraw from the ongoing Asia-Oceania Olympic qualifiers in Bishkek, Kyrgyzstan after two judokas tested positive for COVID-19 just before the start of the tournament. 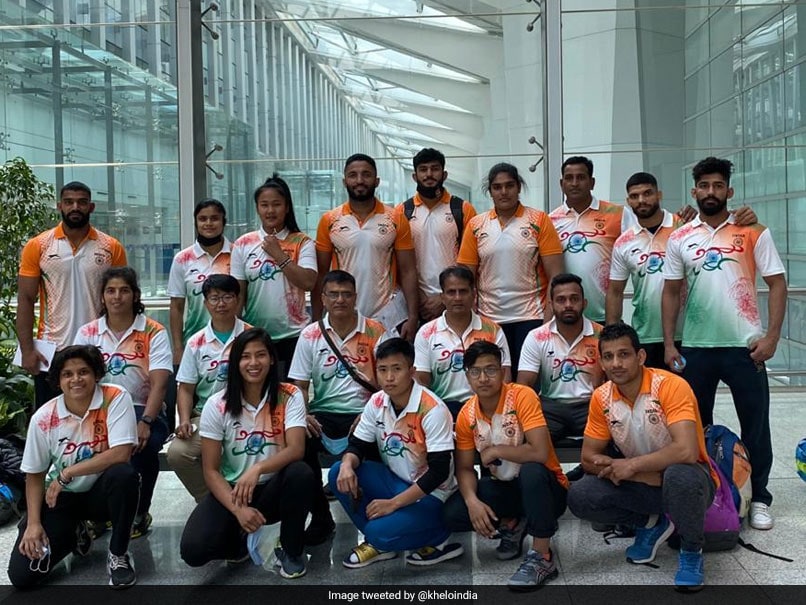 The entire Indian contingent is currently in quarantine at a hotel in Bishkek.© Twitter

A 15-member Indian judo team was forced to withdraw from the ongoing Asia-Oceania Olympic qualifiers in Bishkek, Kyrgyzstan after two judokas -- Ajay Yadav and Ritu -- tested positive for COVID-19 just before the start of the tournament. Yadav, a 73kg class judoka, and Ritu (52kg) tested positive in the second test conducted after landing in Kyrgyzstan and both are asymptomatic. It became the first instance of an Indian contingent's campaign being derailed at an Olympic qualifier because of the dreaded virus.

All the 15 judokas and four coaches had returned negative in the first test conducted after landing in the central Asian country.

The entire 19-member contingent is currently in quarantine at a hotel in Bishkek.

"After landing in Kyrgyzstan on April 4, there was a test done and all of us returned negative. But in the second test on April 5 just before the start of tournament, Ajay and Ritu returned positive," team coach Jiwan Sharma told PTI from Bishkek.

"Ajay and Ritu are asymptomatic and they are self isolating at their respective rooms. They are in high spirits and we have been talking and giving encouragement to them through phone," he said.

The Asia-Oceania Championships in Bishkek started on Tuesday and will end on Saturday.

All the four were in the race for one continental quota place. The Sports Authority of India (SAI), in a statement, said that both the judokas who tested positive for COVID-19 "don't have major symptoms and have been quarantined in a safe facility".

"The judokas underwent four rounds of testing between March 30 and April 5 -- two before leaving (India) and one after landing in Bishkek and one a day before the competition.

"It was during the fourth test before the competition that the two were found COVID positive," the SAI said.

"The players are safe in a hotel with their daily requirements being looked after by the money allocated to them as daily allowance for the competition."

The rest of the contingent is also in quarantine at the same hotel in Bishkek and the team management is seeking assistance from the Indian Embassy there.

"We are talking to Sports Authority of India (SAI) as well as the Indian Embassy here. We are requesting that some members who tested negative be allowed to return home. Obviously, the two players will have to be looked after.

"We will know in a day or two." The SAI said the sports ministry is in consultation with the Ministry of External Affairs to bring the players back home safely.

Earlier, a source in the Judo Federation of India (JFI) blamed the JFI for the fiasco, stating that the federation jeopardised country's chances by allowing the entire contingent to travel together.

"The entire squad, including four coaches, travelled together to Bishkek which could have been avoided.

"Since the entire team travelled together and one player came out positive on arrival, it put paid to the hopes of others. This could have been avoided."

Sharma said Indian judokas will have two more tournaments to try and qualify for the Olympics.

"There is one Grand Prix event in Russia in May and then the World Championships in Hungary in June. We still have a chance," he said.

"But we have only one quota place in all the weight categories, whoever accumulates maximum points will get the lone quota place."

Comments
Topics mentioned in this article
Judo
Get the latest updates on Fifa Worldcup 2022 and check out  Fifa World Cup Schedule, Stats and Live Cricket Score. Like us on Facebook or follow us on Twitter for more sports updates. You can also download the NDTV Cricket app for Android or iOS.