ISL: In a statement, Kerala Blasters revealed that Kibu Vicuna was leaving the club on "mutual consent". 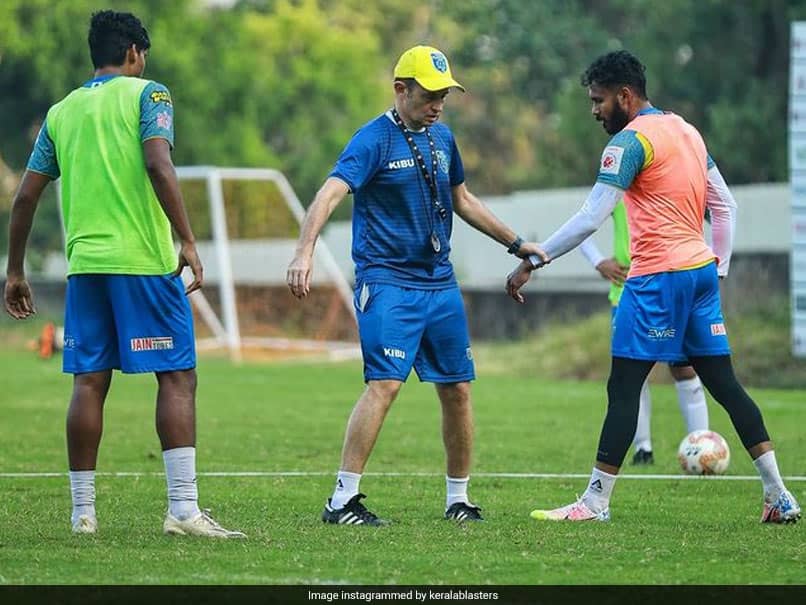 Kerala Blasters on Wednesday sacked their coach Kibu Vicuna following the club's 0-4 thrashing at the hands of Hyderabad FC in their Indian Super League match, which ended any faint hopes of making it to the play-offs stage. Under Vicuna, the Kozhikode-based side won just three matches, losing seven and drawing eight as they occupy the 10th spot in the 11-team league with 16 points. The 0-4 defeat to Hyderabad FC at Vasco on Tuesday sealed the Spaniard's fate at the helm of affairs of the club. Assistant coach Ishfaq Ahmed will take charge of the popular club in the remaining two inconsequential matches "on an interim basis till a permanent replacement is announced".

Kerala Blasters, however, said Vicuna was leaving the club on "mutual consent".

"The club can confirm that we have parted ways with head coach Kibu Vicuna on mutual consent. We would like to thank him for his contributions during the season and wish him all the very best in his future endeavours," the club said in a statement.

Vicuna, who guided Mohun Bagan to I-League title last year, said unfortunately the season has been unusual and unexpected for Kerala Blasters. "...I always give all my heart ...but also give no excuses. I want to thank all the management, players, coaching staff, and members of the club for their professionalism, kindness, and closeness. I want to express my gratitude to all the Kerala Blasters fans for their support," he said.

Kerala Blasters Sporting Director Karolis Skinkys said the club had a clear objective to make improvements this season but unfortunately the results were not what it expected.

"We are grateful for his (Vicuna's) commitment and professionalism towards the club and wish him well for the future," he said.

The club has a large fan following in Kerala and beyond and it recently became the first football team in the country to attain 2 million followers on Instagram.

Hyderabad FC Indian Super League Football
Get the latest updates on IPL 2021, IPL Points Table , IPL Schedule 2021 , live score . Like us on Facebook or follow us on Twitter for more sports updates. You can also download the NDTV Cricket app for Android or iOS.