ISL: Hyderabad FC have now jumped to the third spot in the league standings, with a defeat for the team from Kerala virtually knocking them out of contention for a spot in the playoffs. 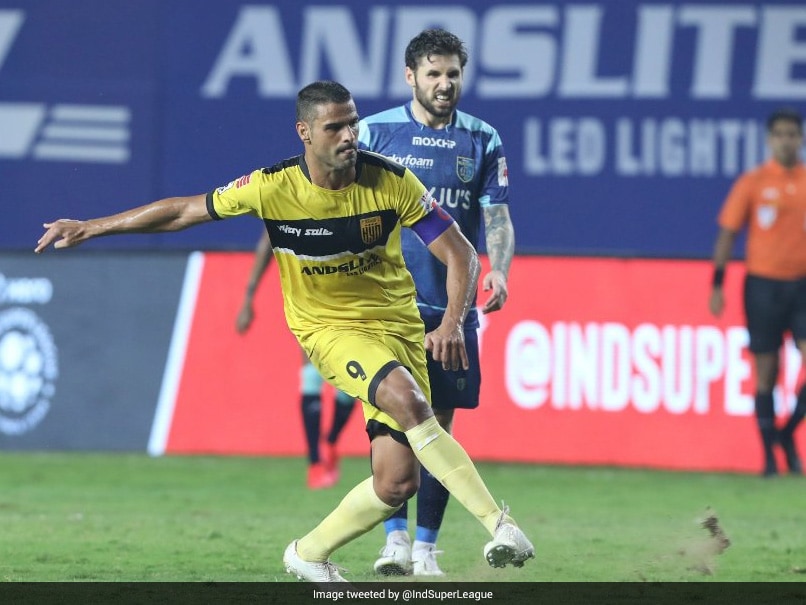 Hyderabad FC on Tuesday registered an emphatic win in the ongoing Indian Super League (ISL) 2020-21 season against Kerala Blasters FC. The Hyderabad-based franchise has now jumped to the third spot in the league standings, with a defeat for the team from Kerala virtually knocking them out of contention for a spot in the playoffs. Fran Sandaza scored a brace in the second half to begin the flow of goals from Hyderabad FC in the second half. This was followed by Aridane Santana and Joao Victor netting a goal apiece.

This performance from the Hyderabad-based franchise might well serve as a statement of intent to playoff rivals NorthEast United FC and FC Goa.

Kerala Blasters FC looked in control of the game during the first half, with four shots on target in comparison to zero for their opponents.

However, despite the early dominance, the Kerala-based franchise failed to convert the opportunities into a goal, with inefficiency in the final third costing the team some fine chances.

Hyderabad FC were themselves guilty of lacklustre finishing in the first half, with a mistake from opposition keeper Albino Gomes in the 21st minute not capitalized upon effectively.

They made amends in the second half as Sanbaza scored the opener, having taken advantage of some poor communication between Bakary Kone and Costa. This was followed by a second goal four minutes later, as the attacker converted a penalty with a calm finish.

The Hyderabad-based franchise did not allow their opponents an opportunity to make a comeback at this stage with Santana and Victor making an impact.

Kerala Blasters FC Football
Get the latest updates on SA vs IND 2021-22, check out the Schedule and Live Score . Like us on Facebook or follow us on Twitter for more sports updates. You can also download the NDTV Cricket app for Android or iOS.