FC Goa moved up to the fourth position on the league table. 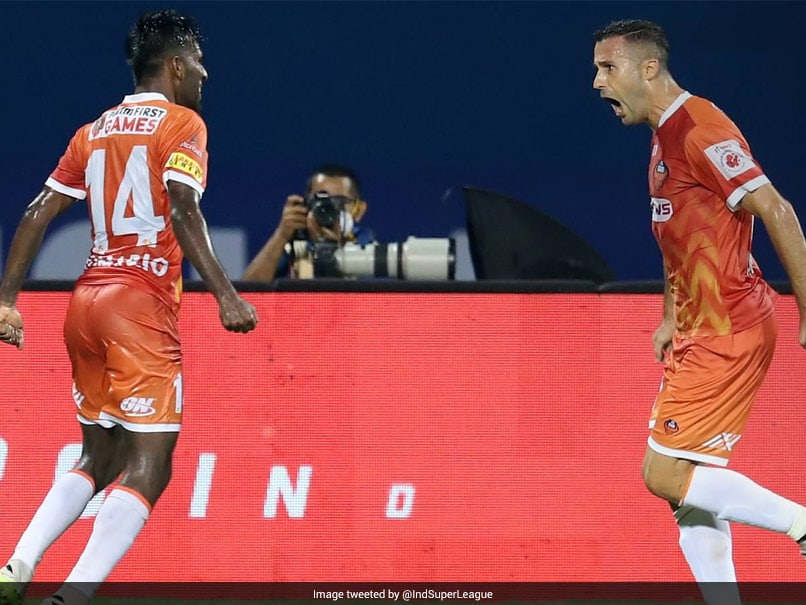 Igor Angulo's first half strike (45+2') was enough to seal a comfortable win for FC Goa.© Twitter

Igor Angulo struck at the injury time of the first half to hand FC Goa a 1-0 win over Odisha FC, their second successive win in the Hero Indian Super League on Saturday. The win propelled FC Goa to the fourth spot in the standings. Angulo (45+1st minute) netted the winner to help Juan Ferrando's side register another victory. Arshdeep Singh shone for Odisha but their inefficiency upfront meant Stuart Baxter's side remained winless in the competition.

Vinit Rai was handed his first start of the season as Odisha made four changes to their line-up. Ferrando rang in just one change as Alberto Noguera replaced Edu Bedia. Goa outplayed their opponents in the first half and headed into the break with a one-goal lead. The Gaurs dominated proceedings from the start while Odisha decided to stay compact and absorb the pressure.

Jorge Ortiz Mendoza, a constant threat on the left flank, had an opportunity to give Goa the lead during the 16th minute. Brandon Fernandes won the ball and laid down a pass for Ortiz on the left. The forward cut inside into acres of space but dragged his shot wide.

However, despite dominating possession, the Gaurs failed to penetrate the Odisha defence, who kept things tight at the back. Odisha, too applied pressure on Goa's backline towards the end of the first half, mainly through Diego Mauricio but the home team's backline did well to thwart the dangers. Goa's perseverance finally paid off towards the end of the first half with Angulo getting himself on the scoresheet again.

Romario beat his marker on the left and found the Spaniard in the box, who created space to fool Jacob Tratt before drilling his shot into the bottom left-handed corner. The second half got off to an interesting start with both sides showing intent.

Odisha pushed hard for an equaliser and nearly came close just before the hour mark. After a counter-attack, the ball fell to Cole Alexander at the edge of the box, but the midfielder fired his shot wide.

The Gaurs fashioned two clear-cut opportunities during the 64th minute, but Arshdeep produced a stunning double save to keep his side in the game. The Odisha custodian first blocked a shot from Angulo with his leg. The ball was eventually cleared and fell to Princeton Rebello. The substitute found Mendoza outside the box but the latter was denied as Arshdeep dived full stretch.

The Odisha FC keeper produced another double save during the dying minutes of the game, denying both Mendoza and Len Doungel.

Odisha FC Football
Get the latest updates on ICC T20 Worldcup 2022, check out the Schedule and Live Score. Like us on Facebook or follow us on Twitter for more sports updates. You can also download the NDTV Cricket app for Android or iOS.