FC Goa registered their first win in the Indian Super League (ISL) Season 7, as they defeated Kerala Blasters 3-1 at the Fatorda Stadium. 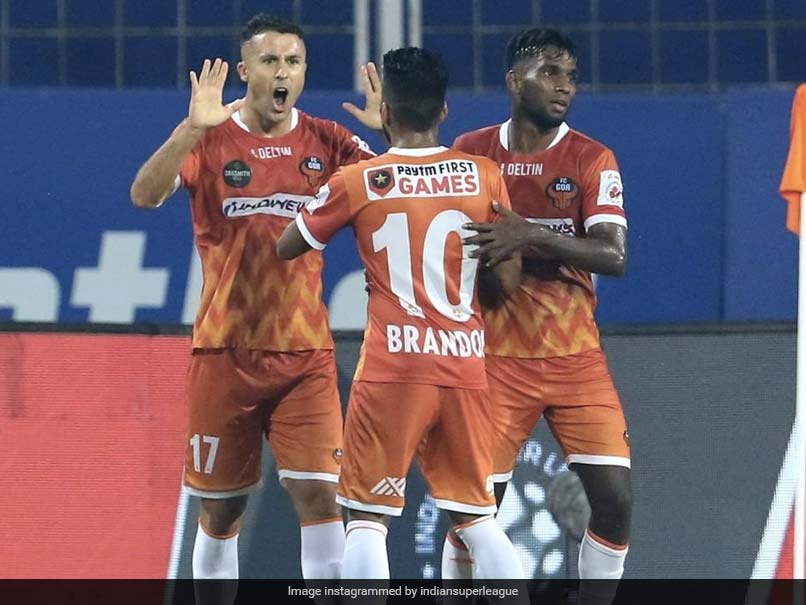 FC Goa bagged their first win in the Indian Super League (ISL) Season 7 as they defeated Kerala Blasters 3-1 at the Fatorda Stadium on Sunday. A brace from Igor Angulo (30'', 90'') and one from Jorge Ortiz Mendoza (52'') ensured Juan Ferrando picked up his first win as Goa head coach. Vincente Gomez (90'') scored a consolation goal for Kerala. Ferrando made two changes to the side that was held by NorthEast United as James Donachie and Alexander Jesuraj were included. Nishu Kumar, Gomez and Nongdamba Naorem returned to the starting eleven for Kerala. The first big chance for the Gaurs arrived early on in the 10th minute when Mendonza beat Nishu to take control of a long ball and fired a shot from outside the box, only to see his effort hit the crossbar.

The home side came close to grabbing the lead once again seven minutes later, only to be denied by the upright. A miscued pass from Rohit Kumar put Angulo through on goal. The striker, with only the keeper to beat, attempted to curl his shot into the bottom corner but it struck the far post.

However, Angulo soon made up for the missed opportunity around the half-hour mark as he put Goa ahead. Gama flicked the ball towards Angulo in the box and the striker delightfully dinked it over Kerala goalkeeper Albino Gomes to bag his fourth goal of the season.

Goa returned hungrier after the break and continued to pile on the pressure. Their efforts soon bore fruit as they doubled their lead through Mendoza. The forward received the ball outside the box and traded a lovely one-two with Brandon Fernandes before burying his shot into the far corner.

Kerala pushed hard in search of a goal and came close in the 67th minute. Gomez won the ball inside the box but saw his shot rattle the underside of the crossbar.

Kibu Vicuna's side threatened on quite a few occasions but were unable to find the back of the net. When a goal did arrive for them, the contest had already been settled in Goa's favour. Nishu whipped a cross for Gomez, whose header snuck into the goal after brushing the underside of the crossbar.

Kerala captain Costa Nhamoinesu was given his marching orders late on during injury time after being shown a second yellow card, following a rash tackle on Princeton Rebello. Goa added another goal late in injury time as Angulo pounced on a blunder from Gomez.

Kerala Blasters FC Football
Get the latest updates on ICC T20 Worldcup 2022 and CWG 2022 check out the Schedule, Live Score and Medals Tally. Like us on Facebook or follow us on Twitter for more sports updates. You can also download the NDTV Cricket app for Android or iOS.