Defeat to Sri Lanka Will Serve as Wake Up Call For India, Says Sunil Gavaskar

India's winning run in Twenty20s came to an embarrassing end, after a depleted Sri Lanka pulled off an upset five-wicket victory to take a 1-0 lead in the three-match series. 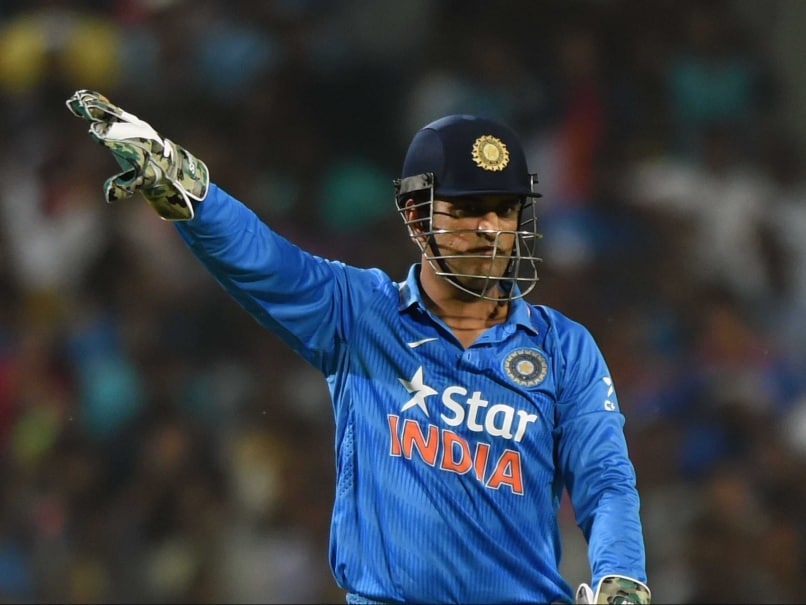 Sunil Gavaskar said captain Mahendra Singh Dhoni got some of his bowling calculations wrong in India's defeat to Sri Lanka in the first Twenty20 international.© AFP

Former captain Sunil Gavaskar said India's crushing defeat to Sri Lanka in the first Twenty20 international would serve as a wake-up call ahead of the remaining two matches. The former India opener also cautioned the hosts to give more respect to the visiting bowlers. (India go Down To Sri Lanka in First Twenty20)

India were left stunned after an inexperienced Sri Lankan attack restricted India to 101. India did stay in the hunt by picking up wickets, but they just didn't have enough runs on board to defend. Courtesy of the win, the visitors have taken a 1-0 lead in the three-match series. (Dhoni Says Pune's Pitch Was More English Than Indian)

Indian batsmen tried to take on the inexperienced Sri Lankan bowling attack but failed miserably at it, after they were asked to bat first.

Off-spinner Ravichandran Ashwin was the top scorer for India with 31. Only two other Indian batsmen - Suresh Raina, Yuvraj Singh - managed to get into double figures. (Lanka Expected Turning Track, Not Seaming, Says Senanayake)

"Indian batsmen needed to play with caution, especially after losing 2-3 early wickets, and should have given the Sri Lankan bowlers bit more respect," Gavaskar told NDTV.

"India didn't get the start and didn't have any partnerships, this put intense pressure on the lower middle-order, who are not use to grafting for runs," he added.

Gavaskar also criticised the shot selection of some of the Indian batsmen and said they should have excercised caution after early wickets fell.

"There was a bit of hangover of playing in Australia. I don't think it was an impossible pitch to bat on, there was a little bit of movement, which you will get even on a grassless pitch, particularly when you play in the late evening.

"Indian batsmen should have been leaning closer to the ball and striking and not in the upright way that they do in Australia. There were a couple of shots that were unnecessary and there were no partnerships. Everything went wrong for the Indian team," said the 66-year-old.

'Dhoni Got Some Calculations Wrong'

The former India captain also pointed a finger at captain Mahendra Singh Dhoni for getting "some of his calculations wrong".

Gavaskar said that India's best bowlers, the likes of Ravichandran Ashwin, should have been bowled early.

Ashwin was introduced by Dhoni only in the 11th over and struck in his very first over. Ashwin bowled three overs, taking two wickets for 13 runs.

Ashish Nehra, Ravindra Jadeja and Ashwin bowled three overs each and surprisingly were not made to complete their full quota of overs by Dhoni.

"Dhoni got his some of his calculations wrong, because clearly this was not going to be a 20-over game. The only way India could have won the match was to dismiss Sri Lanka, therefore the best bowlers should have been bowled early," said Gavaskar.

"It's a very good wake up call for the Indians, now that they have seen what the Sri Lankans can do, they should be better prepared for the remaining matches."

Comments
Topics mentioned in this article
India Cricket Team Sri Lanka Cricket Team MS Dhoni Ravichandran Ashwin Sunil Manohar Gavaskar India vs Sri Lanka 2015-16 Cricket
Get the latest updates on T20 World Cup, check out the T20 World Cup Schedule and Live Score . Like us on Facebook or follow us on Twitter for more sports updates. You can also download the NDTV Cricket app for Android or iOS.