Mismanagement Galore During India vs South Africa T20I In Guwahati

IND vs SA: If a snake slithering onto the field in Guwahati during India's innings was not enough, the worst was in store when the stadium went into partial darkness during South Africa's chase of the massive target of 238, causing a second interruption in the match. 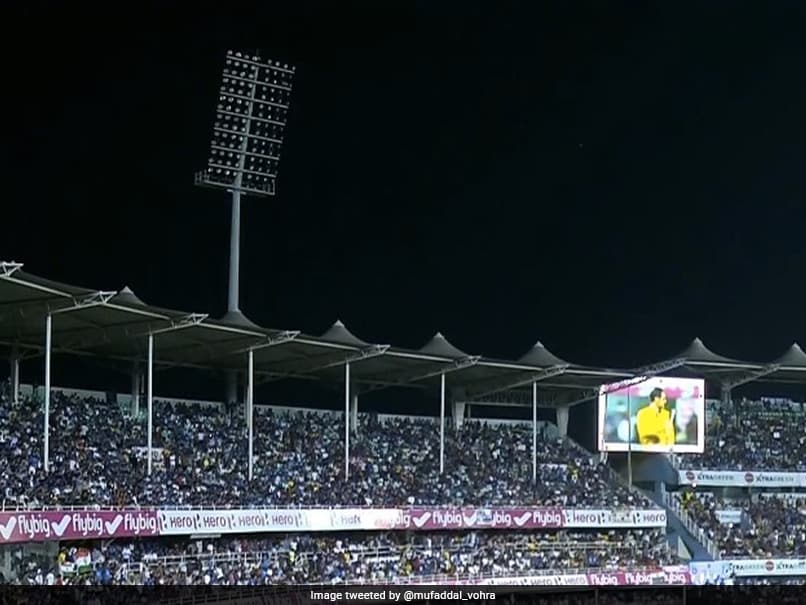 IND vs SA: One of the floodlights at the Barsapara Stadium went off during the 2nd T20I.© Twitter

Trust Assam Cricket Association (ACA) to mess it up every time. Chaos once again reigned supreme at the ACA Barsapara Stadium in Guwahati during the India-South Africa second T20I on Sunday. If a snake slithering onto the field during India's innings was not enough, the worst was in store when the stadium went into partial darkness during South Africa's chase of the massive target of 238, causing a second interruption in the match.

Just after the first ball of Deepak Chahar in the third over when South Africa were reeling at 5/2, play came to halt after one of the four floodlight towers went off, halting play for 18 minutes.

All the players went back to the dressing room and it took about six minutes for the lights to slowly turn on one by one before play resumed.

Blaming it on a "technical glitch", Assam Cricket Association secretary Devajit Saikia told PTI: "We have three parties handling the power aspect - our own 25-member team, a third (outsourced) party and the state power department. It was perhaps a voltage problem, some technical glitch." Saikia said the ACA has used generator sets to power the match and not depended on electricity supply from the power department.

The media contingent also faced similar problem before the match as there were no lights till a few overs into the match as the officials took hours to find out the fault.

Earlier during India's innings, it was the turn of a snake to stop the play for about five minutes in a rare sight during an international match.

The snake came out of nowhere from a small unnoticed pit to scare Wayne Parnell at the extra cover region. It then slithered into the square region.

The groundsmen then came and captured it in a bucket.

It was during the last International match here, the venue's mismanagement made headlines when India-Sri Lanka first T20I in January 2020 was abandoned after water seeped onto the pitch despite being given a three-layer cover.

ACA had then cut a sorry figure when they brought hair dryer, steam iron, battery operated fans among other tools to dry up the pitch but in vain.

South Africa Cricket Team India vs South Africa, 2nd T20I Cricket
Get the latest updates on Fifa Worldcup 2022 and check out  Fifa World Cup Schedule, Stats and Live Cricket Score. Like us on Facebook or follow us on Twitter for more sports updates. You can also download the NDTV Cricket app for Android or iOS.