India vs Australia: Virat Kohli comes to Australia T20Is after a memorable run on individual front at the recently-concluded Asia Cup. 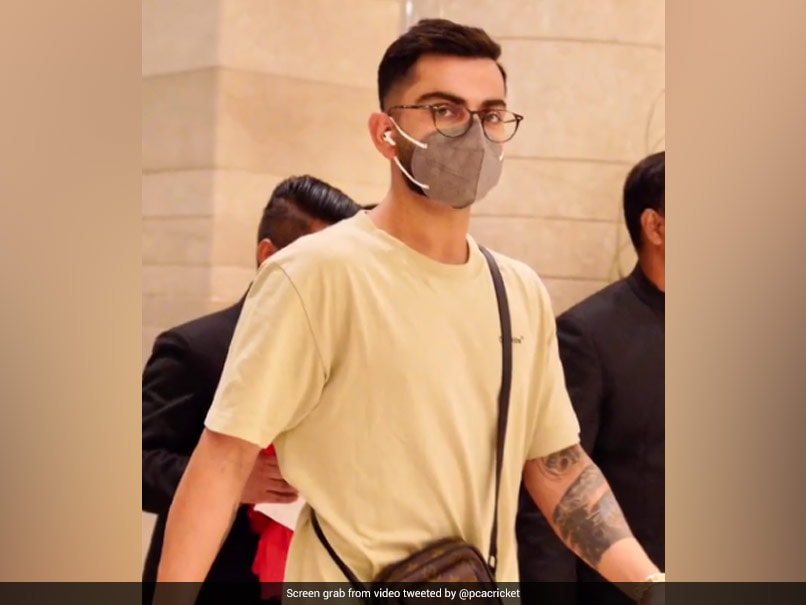 India vs Australia: Virat Kohli arrived in Mohali on Saturday.

India batter Virat Kohli touched down in Mohali on Saturday ahead of India's first T20I of the three-match series against Australia that is slated to take place at the Punjab Cricket Association IS Bindra Stadium on Tuesday. The PCA shared the video of Kohli's arrival in the city with some editing that also included attaching a Punjabi song in the background. In the video, Kohli can be seen walking out of the airport with police officers and security staff around him.

India will look for a better performance in the series as they failed to impress in the recently-concluded Asia Cup. They started the tournament as favourites but they lost to Pakistan and Sri Lanka in the Super 4 stage to eventually get knocked out of the competition.

However, for Kohli, the tournament proved to be a big boost as the player ended as the second-highest run-getter with 276 runs to his credit from 5 games. He was only behind Mohammad Rizwan of Pakistan, who scored 281 across 6 matches. Meanwhile, Kohli had an astonishing average of 92.00 in the tournament and his strike rate was 147.59.

What would have given Kohli and his fans the much-needed relief was his 71st international century - a ton that came after the gap of almost three years. Kohli had scored 122 not out against Afghanistan in the Super 4 stage.

Talking about Australia, they will be high on confidence after clean sweeping New Zealand 3-0 in ODI series that concluded on September 11.

Virat Kohli India vs Australia, 2022
Get the latest updates on Fifa Worldcup 2022 and check out  Fifa World Cup Schedule, Stats and Live Cricket Score. Like us on Facebook or follow us on Twitter for more sports updates. You can also download the NDTV Cricket app for Android or iOS.