Ind vs NZ WTC Final Highlights 2021: Rain continued to play spoilsport as Day 4 was washed out completely at The Ageas Bowl. 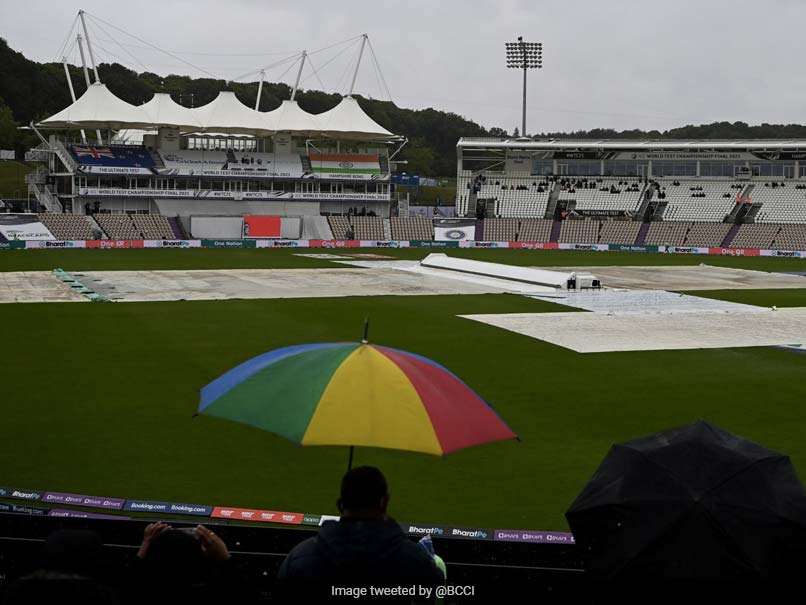 India vs New Zealand: Day 4 was washed out due to rain.© Twitter/BCCI

Rain played spoilsport as Day four was washed out completely due to rain without a ball being bowled, BCCI confirmed on Twitter. After weather-related interruptions on the first three days of play in the World Test Championship (WTC) final between India and New Zealand, the rain Gods didn't seem to be kind on Day 4 as well. On Day 3, New Zealand were excellent with both bat and ball, bowling out India for 217 runs before a 70-run opening stand between Devon Conway and Tom Latham put India on the backfoot. However, in the last session, Ravichandran Ashwin and Ishant Sharma got the Indian team back into the game with the wickets of both openers. Captain Kane Williamson is at the crease along with the most senior batsman of the side in Ross Taylor. New Zealand were 101/2 at stumps on Day 3. While the advantage of two wickets in the final session lay with India, everything depends on how both the teams go in the first session on Day 4. Ravichandran Ashwin and Ravindra Jadeja will look to exploit the rough patches on the pitch while New Zealand will be hoping to go past the Indian score and take a big first-innings lead. (SCORECARD)

Trent Boult Live Cricket Score Live Score Live Blogs Cricket
Get the latest updates on SA vs IND 2021-22, check out the Schedule and Live Score . Like us on Facebook or follow us on Twitter for more sports updates. You can also download the NDTV Cricket app for Android or iOS.