India defeated Pakistan 3-1 to enter the final of U-18 Asia Cup 2016 hockey. India will play Bangladesh in final 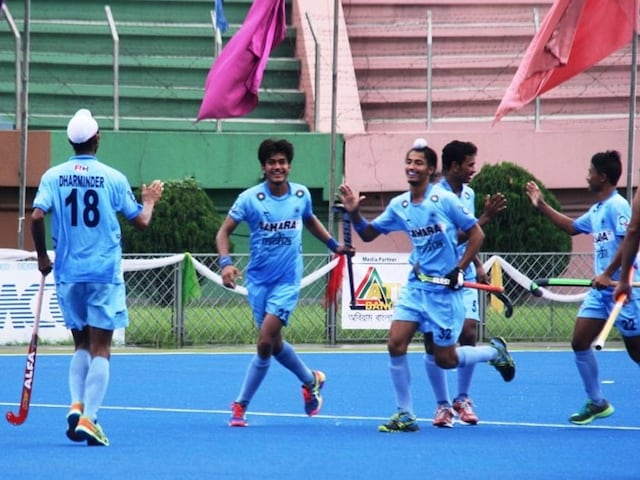 Dhaka: India defeated arch-rivals Pakistan 3-1 to storm into the summit clash of the fourth men's Under-18 Asia Cup hockey tournament on Thursday.

India took the lead in the seventh minute through Shivam Anand's strike.

It was the Indians who were more clinical in front of the goal, as three minutes from half time they doubled their lead through a penalty corner conversion by Dilpreet Singh (32nd minute).

After the change of ends, India continued to assert their supremacy and controlled the possession.

Soon India earned another penalty corner and from the resultant effort secured a penalty stroke but Waqar, in front of Pakistan goal, saved the try to keep his side in the game.

Within minutes though, Nilam Sanjeep Xess (46th) converted another penalty corner to give India a comfortable 3-0 lead.

Pakistan managed to pull a goal back through Amjad Ali Khan (63rd) but it proved to be too little too late as India held on to emerge 3-1 victorious.

India will meet hosts Bangladesh in the final on Friday.

Comments
Topics mentioned in this article
Hockey , 1900-01-01 ,
Get the latest Cricket news, check out the India cricket schedule, Cricket live score . Like us on Facebook or follow us on Twitter for more sports updates. You can also download the NDTV Cricket app for Android or iOS.