Sushila Chanu Pukhrambam will lead the Indian Women's hockey team in the four-nation tournament in Darwin as they prepare for the upcoming Rio Olympics. 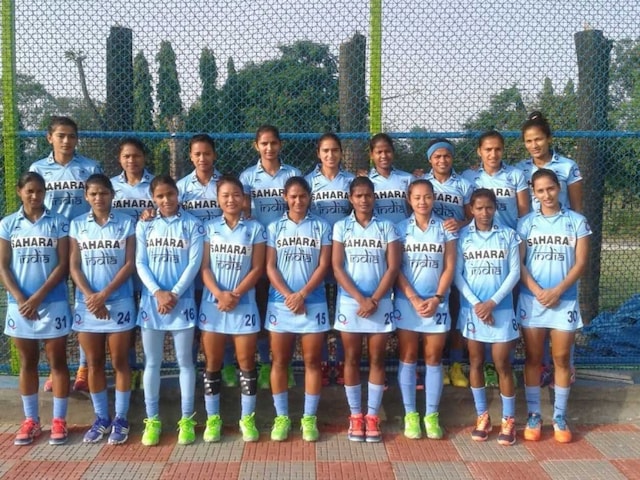 Sushila Chanu will lead the Indian Women's hockey team in the four-nation tournament to be held in Darwin. (Picture credit: Hockey India)

The tournament, seen as preparation for the Rio Olympics, will also feature hosts and world No. 3 Australia, fourth-ranked New Zealand and world No. 10 Japan.

While Sushila has been appointed as captain in place of regular skipper Ritu Rani, who has been rested, Deepika has been retained as the vice-captain.

The squad also has seniors players like Poonam Rani and Vanadana Kataria form the core group besides a few youngsters in defender Nikki Pradhan and 18-year-old midfielder Preeti Dubey, who was named the Asunta Lakra Upcoming Player of the Year Award (Women U-21) at the second Hockey India Annual Awards earlier this year.

On her new role, Sushila said: "It is a huge honour to be named captain of the squad for the tour. We have already faced Japan and New Zealand earlier at the Hawke's Bay Cup. Our chief aim will be to perform well against Japan and Australia and analyse their game at close quarters since they are in our pool at the Olympics."

Talking about the squad, chief coach Neil Hawgood said: "We are looking forward to the tournament. We are up against three world-class teams and it will help us immensely in our preparations ahead of the Rio Olympics. Additionally, two of those teams are in our Pool in Rio (Australia and Japan). This will serve as good practice."