The second edition of World Series Hockey, earlier proposed to start next month, has been rescheduled, the organisers said on Friday. 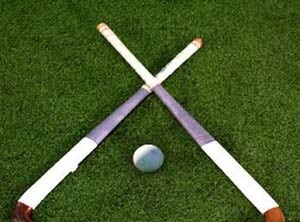 The second edition of World Series Hockey, earlier proposed to start next month, has been rescheduled, the organisers said on Friday.

The decision to reschedule the dates of the tournament was taken after a request made by Indian Hockey Federation (IHF) to the organisers of the event.

A release issued by World Series Hockey, the organisers, said that the IHF wanted to reschedule the tournament in view of two important events happening in the next few days, including the November 25 IOA elections.

"There are two significant matters which could potentially properly define and cement the status of the IHF as the sole and exclusive governing body for hockey in India: 1) The appointment of a transparent and progressive regime at the Indian Olympic Association in its elections later this month.

"2) A favourable ruling/mediation by the FIH Judicial Commission (JC) on the matter of illegal disaffiliation of the IHF and illegal recognition of Hockey India as a member of the FIH. The JC hearing is currently ongoing," the release said.

"With both the above matters coming to a potential conclusion in the next few weeks, the IHF felt it appropriate to reschedule the path breaking WSH event," it said.

Sunil Manocha, President Nimbus Sport, said, "We want to create a conducive environment for all our stakeholders including players, officials, fans and franchises. Currently, the petty politics around the sport isn't allowing for this and is taking away from the reinvigoration of the sport of hockey in India.

"The IHF has already proposed two alternative sets of dates for the 2nd edition of WSH and we will take a decision on which one to go with after a meeting with all the stakeholders at the end of this month."