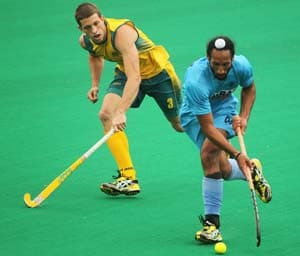 The 18-member team including six stand-byes were selected after trials at SAI Centre, Netaji Subhas Institute of Sports in Patiala Oct 25-27.

The Champions Trophy will be held in Melbourne at the State Netball Hockey Centre Dec 1-9.

India are in Pool A with England, Germany and New Zealand while hosts Australia, Belgium, Netherlands and Pakistan are in Pool B.

India will open its campaign against England (Dec 1) followed by matches against New Zealand (Dec 2) and Germany (Dec 4).

Comments
Topics mentioned in this article
India Cricket Team Hockey
Get the latest Cricket news, check out the India cricket schedule, Cricket live score . Like us on Facebook or follow us on Twitter for more sports updates. You can also download the NDTV Cricket app for Android or iOS.