Sardar Singh was rested for the recently-concluded Champions Trophy in London, where India's won their silver medal in the competition history 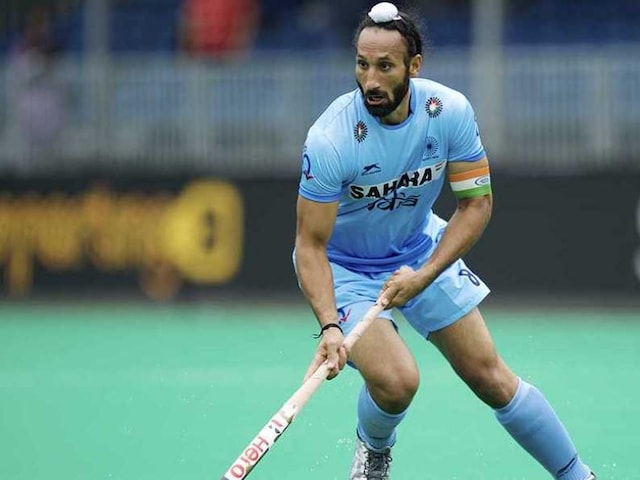 Sardar Singh was rested from India's India's silver medal winning Champions Trophy campaign but will returns to lead the country at the six Nation Tournament.© PTI

Sardar Singh was on Monday named as captain in the 18-man Indian hockey squad for the six Nations Invitational tournament to be held in Valencia, Spain from June 27.

Drag-flicker Rupinder Pal Singh also made a return with Sardar, and so did Birender Lakra. Goalkeeper P.R Sreejesh captained the Champions Trophy side in London where India won their maiden silver in the competition history.

The squad features a strong defensive line up, with experienced campaigners VR Raghunath and Kothajit Singh joined by the returning Lakra and Rupinder Pal. Vikas Dahiya remains a back up to custodian Sreejesh.

The other teams in the tournament are Argentina, Germany, New Zealand, Ireland and hosts Spain.

"After winning our first medal at the prestigious Champions Trophy tournament over the weekend, we are confident to deliver our best at the 6 Nations Tournament as well. All these matches are stepping stones towards the ultimate goal -- Rio Olympics 2016," said Sardar.

"The brilliant display of tactical hockey during Champions Trophy by the squad has positively elevated are Olympic medal-winning hopes. Three of the teams we face in Valencia are in our Pool at the Olympic Games, so that will help us assess and analyse our tactics better too," he added.

Chief coach Roelant Oltmans said the squad is shaping up nicely for the Rio Olympics.

"I am really impressed by the boys with their recent performances, especially at the Champions Trophy. They are implementing the learnings of the training well into action. I hope we keep up the spirit and continue to deliver performances like this.

"The key to the tournament will be to use it almost as a host of friendlies, before the Games. We will try to maximise on our squad rotations, tactical experiments and analyse our opponents there," he said.

"Most teams, will come with what resembles their full strength squad and so it will give us a good indication of our strengths and weaknesses, prior to Rio."

India take on Germany in the opener on June 27.