The Indian team will play five matches against the hosts at the Jinchun National Athletic Centre in Seoul. 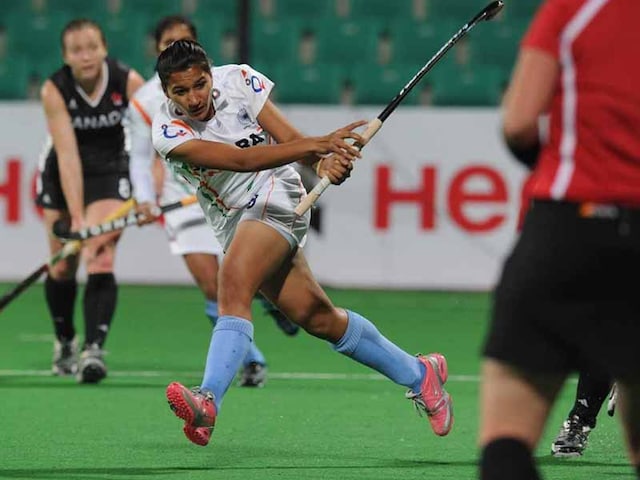 Rani Rampal will lead a 20-member squad for the upcoming tour of South Korea.© AFP

Ace striker Rani Rampal will lead a 20-member squad for the upcoming tour of South Korea, which commences on March 3. The Indian team will play five matches against the hosts at the Jinchun National Athletic Centre in Seoul, Hockey India (HI) announced on Friday. Defender Sunita Lakra will be her deputy for the season opener. With celebrated goalkeeper Savita rested for the tour, Rajani Etimarpu will be joined by debut player Swati to guard the Indian goalpost. The defence will see experienced Deepika, who was out of action following a knee surgery last year, make a comeback. She will be joined by Suman Devi Thoudam, Deep Grace Ekka, Sushila Chanu Pukhrambam and Gurjit Kaur who will double up as dragflicker.

The Korea tour will be team's first event after their historic Asia Cup success where they beat China 5-4 in a penalty shootout to lift the title in November last year.

"Doing well in the season's first event is always important to gain confidence and momentum for the rest of the year. Also, Korea Tour will help us analyze the areas that requires improvement ahead of the Gold Coast Commonwealth Games where we aim to finish on the podium," coach Harendra Singh said.

With the team consistently improving in terms of fitness and speed, Harendra is confident of a good show in Korea.

"The girls are consistently scoring well in the Yo-Yo Tests which indicates their speed, fitness level is improving"

"Most of the girls participated in the recently held Hockey India Senior Women National Championship in Ranchi where they performed well for their respective teams and I was also there to watch some of the matches. I am sure they will carry forward this good form in Korea too," he added.