Pakistan Lose To Netherlands, Miss Out On Olympics Hockey Berth

Netherlands beat Pakistan 10-5 on aggregate to end Pakistan's hopes of a place in the 2020 Tokyo Olympics. 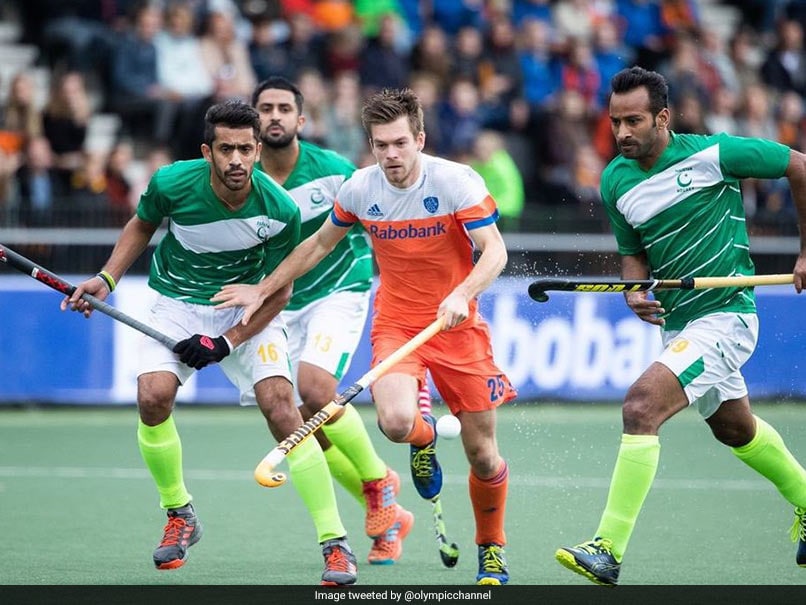 Pakistan lost 1-6 to Netherlands in the second leg after the first leg ended in a 4-4 draw.© Twitter

Three-time champions Pakistan have failed to secure a berth for next year's Olympic Games in the men's hockey event after registering a crushing 1-6 defeat against Netherlands in the second qualifier. Netherlands, who were held to a surprise 4-4 draw on Saturday, bounced back strongly and came out with a devastating display of attacking hockey on Sunday to triumph 10-5 on aggregate. The Dutch raced to a 4-0 lead at half time with Mink van der Weerden scoring twice and Bjorn Kellerman and Mirco Pruijser both firing home glorious backhand efforts.

In the third quarter, Terrance Pieters and Jip Janssen scored in the space of four minutes to effectively end the contest altogether.

However, Rizwan Ali scored a consolatory goal for Pakistan in the 53rd minute.

"It is a bad day, we have missed out on the Olympics," The Dawn quoted Pakistan's Rashid Mehmood as saying.

Pakistan won golds in the 1960, 1968 and 1984 editions of the Olympic Games but since then, their performance has deteriorated immensely. They last clinched a medal at the 1992 Games in Barcelona where they won the bronze.

Comments
Topics mentioned in this article
Pakistan Hockey
Get the latest updates on India vs South Africa and check out  Schedule, Results and Live Score. Like us on Facebook or follow us on Twitter for more sports updates. You can also download the NDTV Cricket app for Android or iOS.