Narinder Batra secured 63 votes as against his rival's 61 to emerge as the winner in the online voting process, in which 124 member associations participated. 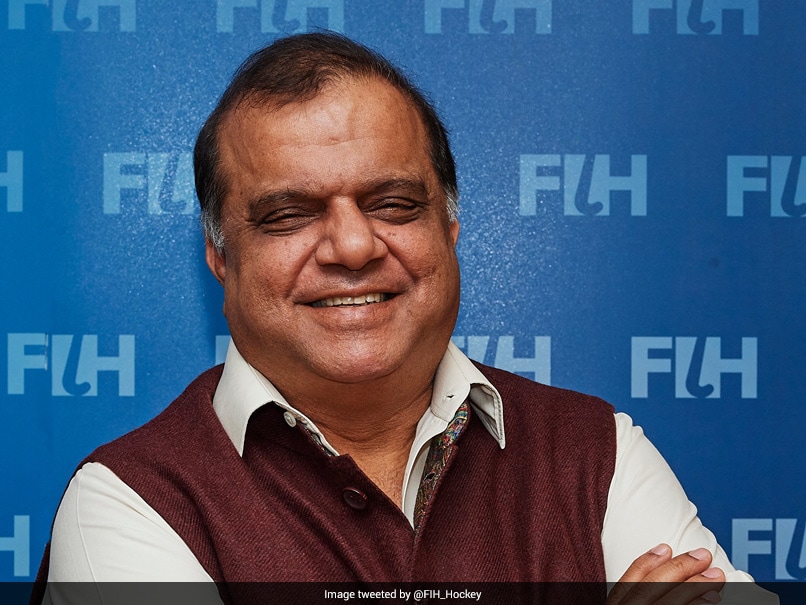 Nainder Batra was re-elected as president for a second term during the virtual 47th Congress of FIH.© Twitter

Incumbent Narinder Batra of India was on Saturday re-elected as the International Hockey Federation (FIH) President for a second term after beating Marc Coudron of Belgium by a slender margin of just two votes during the world body's virtual 47th Congress. Considered the favourite from the beginning, Batra, who is the also the President of the Indian Olympic Association (IOA) and an International Olympic Committee (IOC) member, barely managed to pip Coudron, who is the chief of Belgium Hockey Federation and sits on the country's Olympic panel.

Batra secured 63 votes as against his rival's 61 to emerge winner during the online voting process, in which 124 member associations participated.

The FIH Congress was held virtually due to travel restrictions imposed in the wake of the ongoing pandemic.

The closeness of the contest can be gauged from the fact that 63 votes were needed by a candidate to secure victory and Batra managed to prevail over his opponent in the battle.

The Indian will hold the office until 2024 as the FIH has reduced the term from four to three years due to deferment of the Congress last year.

The 47th Congress was to be held last year in New Delhi but was postponed because of the COVID-19 pandemic.

Batra became the first non-European president of the FIH in 2016 after he was elected to the top post by an overwhelming margin during the world body's 45th Congress.

The veteran Indian sports administrator, who was the chief of Hockey India then, remains the only Asian to grab the top post in the world body's 92-year-old history.