Police said Angat Singh was arrested while boarding a train to Delhi to evade arrest. He was arrested from Delhi-bound Andhra Pradesh Express at Ramagundam in Karimnagar district and brought to Hyderabad. 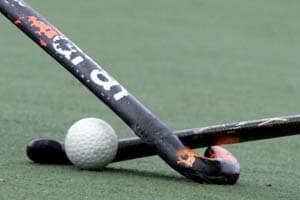 Andhra Pradesh police have arrested the coach of Jammu and Kashmir Under-20 women's hockey team for allegedly molesting some players.

Police said Angat Singh was arrested on Sunday while boarding a train to Delhi to evade arrest. He was arrested from Delhi-bound Andhra Pradesh Express at Ramagundam in Karimnagar district, about 210 km from here and brought to Hyderabad.

Five members of Jammu and Kashmir team, which is participating in the ongoing National U-20 Women's Hockey tournament here, had lodged a complaint with Chandanagar police station in Cyberabad police commissionerate limits here.

They alleged the coach molested them on board a train while coming to Hyderabad for the tournament. The team was knocked out of the tournament Friday.

"Yesterday morning five minor girls complained that coach has harassed and molested them. We came to know that this man fled Hyderabad and travelling on some train. We scanned all the trains and found him in AP Express. He was arrested and brought to Hyderabad," said Tejdeep Kaur Menon, Additional Director General of police.

Tejdeep is also one of the organisers of the tournament. The girls initially complained to her. A case was subsequently registered against the coach at Chandanagar police station.

Singh was questioned by the police after he was brought to Gachibowli Stadium here Sinday night. Cyberabad police said the case would be handed over to railway police.

As Andhra Pradesh Director General of Police Dinesh Reddy is also the chief of the rival Indian Hockey Federation (IHF), the police took the case seriously.