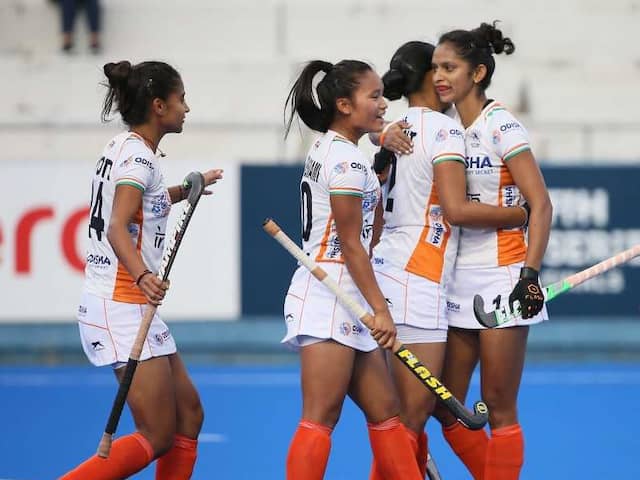 The Indian Women's Hockey team produced an inspiring performance, registering 5-0 victory over Poland at the FIH Women's Series Finals Hiroshima 2019 on Sunday. Right from the outset, India were on the attack, their left side caused problems for Poland's defence with regularity. Poland were enjoying the lion's share of possession, but India were causing more problems with their speed in attack.

India were dominant in the second quarter of the game, their 12 circle entries in that single quarter, more than Poland managed in the entirety of the game. India's high pressing strategy put Poland's defenders constantly under stress as they looked to play the ball out quickly, often inaccurately and turned over possession in crucial areas with regularity. India reaped their reward soon.

Despite the vast gap in the scoreline, India never looked to drop ge0ars, constantly haranguing, and pressuring Poland in possession, and attacking in numbers when they had it.

The final quarter was an ill-tempered affair, both teams reduced to ten at times, by players being carded. India held firm control over the game though, their regular circle penetrations enough to keep Poland in defensive mode. Gurjit came close to getting a hat trick, her drag flick bouncing off the crossbar in the 53rd minute. India's fifth came via brilliant stick work from Navneet Kaur in the 56th minute.

India next play Fiji on 18 June 2029 in their third match of the event.

Listen to the latest songs, only on JioSaavn.com
Comments
Topics mentioned in this article
India Women Hockey
Get the latest Cricket news, check out the India cricket schedule, Cricket live score . Like us on Facebook or follow us on Twitter for more sports updates. You can also download the NDTV Cricket app for Android or iOS.