Indian players failed to convert several penalty corners in the match and had to settle with a goalless draw. 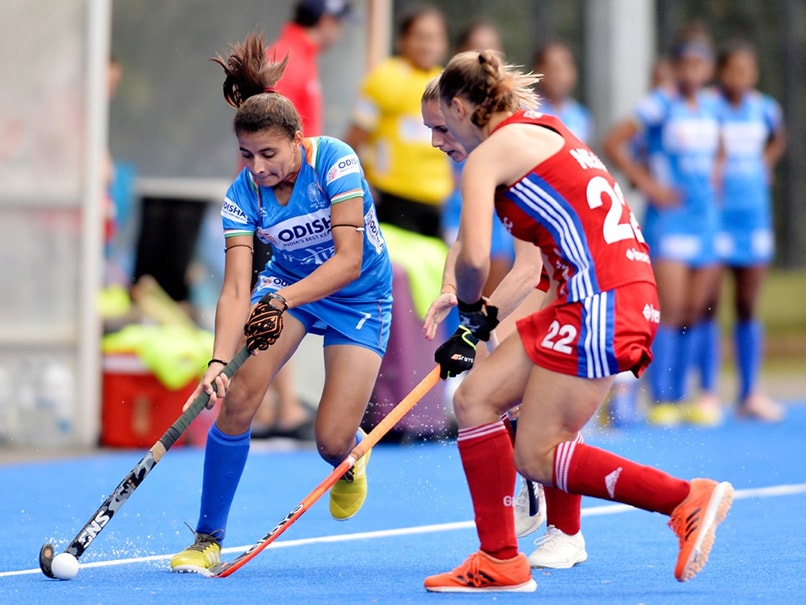 The Indian women's hockey team played out a goalless draw against Great Britain in the third match of their Tour of England in Marlow on Tuesday. Players from both the teams began the first quarter on a cautious note. The visitors tried to make a few inroads as the match progressed, but they couldn't find an opening. The defensive units of both the sides held fort as none of the teams could break the deadlock. The Indian team made an aggressive move towards the end of the quarter and earned a penalty corner, but the Great Britain defence managed to keep India at bay.

India rode on the momentum and continued playing aggressively at the start of the second quarter.

The visitors were awarded another penalty corner in the 20th minute, which was again blocked out by Great Britain defence.

Forwards from both the sides continued to look for the opening goal, but couldn't find the back of the net as the deadlock continued at the halfway stage.

India continued in the same vein in the third quarter and earned their third penalty corner but once again they failed to utilise the chance.

Great Britain were awarded their first penalty corner in the 35th minute from a counter attack but Indian goalkeeper Savita stood up to the test.

India made another aggressive move soon after and won their fourth penalty corner three minutes later but they failed to hit the target yet again.

The same story continued in the fourth quarter with the both sides trying their best, but to no avail.

India made a few smart moves, but Great Britain always found a way to keep the ball away from their goal.

India had a brilliant chance to seal the match when they won a penalty corner in the dying minutes of the match, but once again Great Britain defence stood firm to thwart the danger.

The Indian Women's Hockey Team will play Great Britain in their fourth match of the Tour on Wednesday.

Comments
Topics mentioned in this article
India Women England Women Hockey
Get the latest updates on India vs Australia and check out  Schedule, Results and Live Score. Like us on Facebook or follow us on Twitter for more sports updates. You can also download the NDTV Cricket app for Android or iOS.