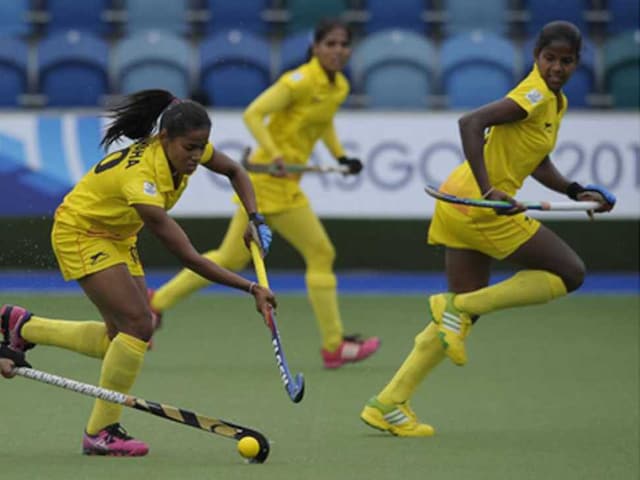 The Indian women's hockey team will next face Ireland on Sunday.© NDTV

The Indian women's hockey team went down 0-1 to hosts New Zealand in the opening match of the Hawke's Bay Cup in Hastings on Saturday. (PR Sreejesh, Deepika win Hockey India Player of the Year awards)

Pitted against the fourth ranked side in the world, it was always going to be an uphill task for 11th ranked India. Olivia Merry scored a field goal in the second quarter but Indian goalkeeper Savita needs to be credited for her fantastic show against an attacking side.

The hosts were all over India from the whistle. Two penalty corners were thwarted away and a smart save from Savita in goal, off a penalty stroke, one that shocked the fans, meant India walked away from the first quarter with a clean sheet.

New Zealand took the lead through an Olivia field goal at the beginning of the second quarter. (Hockey India to Award Rs. 1 Lakh to Women's Team For Rio Olympics Qualification)

Forced to defend deep, India played the waiting game as New Zealand kept them pressed back in their own half for a large portion of the first half and they went into the break trailing the hosts 0-1.

Savita, who was always going to be put under pressure in the high voltage encounter, rose to the occasion, denying New Zealand several times, and ensuring India always had a chance to come back.

In the last quarter particularly, Savita's saved six New Zealand attempts to put the pressure on the hosts to close the match out. But India were unable to find the equaliser.

"In such pressure games, against higher ranked opponents, who also happen to be the hosts, it is important that your goalkeepers have a world class game," he said.

"Despite the loss, we can see positives in our performance in defence and in goal. This was arguably the toughest match of our group stage and now we can build forward for our next encounters."