India finished last in the Women's 4-Nation Invitational Tournament being played in Darwin. 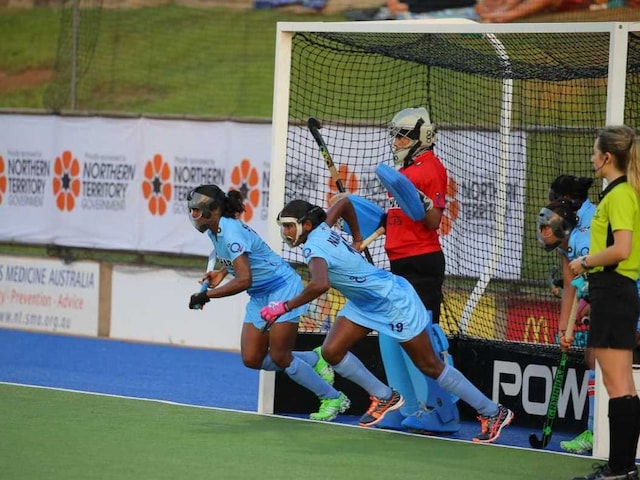 India started the game on a bright note, pushing Japan onto the back foot immediately, and penetrated the opponent circle several times in the first five minutes.

Japan rallied back and slowly got control of the proceedings as the Indians dropped back.

Then they got the first real chance of the game but were denied by a brilliant diving save from Savita in front of the Indian goal.

Japan secured their third penalty corner in the second quarter but India defended stoutly as both the teams failed to break the deadlock at half time.

India came out stronger after the change of ends and pressed hard which resulted in the opening goal with Vandan Katariya scoring from a field play in the 37th minute.

A long cross field drive from Deepika, seemed to be headed towards safety, before Katariya pounced on it behind Japan's Nagisa Hayashi and flicked in the ball to give India the lead.

Japan equalised soon through Motomi Kawamura and then took the lead in the 42nd minute through Minami Shimizu.

India earned a penalty corner in the dying minutes of the game, but failed to convert as Japan held on to the lead to emerge winners.

Speaking after the match, India's chief coach Neil Hawgood said, "The entire tournament has been a great test for us. It taught us about our strengths and weaknesses as well as the opponents we will face in Rio. As a team, our defensive work has been solid and now we can build from there."