The Indian hockey team is scheduled to play two matches against Spain in Madrid before proceeding to Rio for the Olympics. 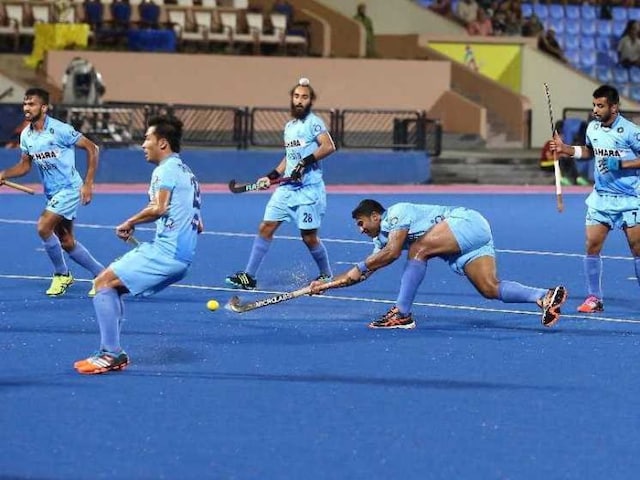 India suffered a 1-4 defeat to Spain in the practice game.© NDTV

Indian men's hockey team witnessed a disappointing start to its final preparatory campaign ahead of the Rio Olympics after it went down 1-4 to Spain in the first of the two practice games in Madrid.

For eight-time champions India, the loss against Spain couldn't have come at the right time as they give final touches to their preparation before flying directly to Rio from here in search of an Olympic medal that eluded the country for 36 years. India's last of the eight Olympic gold medals came way back in 1980.

The hosts started quickly off the blocks and opened the scoring in the 10th minute via Lleonart.

FT: India go down to Spain in the first clash of their final preparations before #Rio2016! #Hockey pic.twitter.com/PAPdPwkgSK

India's equaliser came in the second quarter from a penalty stroke which was converted by Rupinder.

Spain reinstated their lead in the final minute of the second quarter through Quemada to take a one goal lead at half-time.

After the crossover, Spain scored two more goals in the third quarter via Lleonart (31st) and Quemada (42nd) to extend their lead to 4-1 which stayed till the end.