Indian Hockey Team Goes Down To Australia 3-4, Series Level at 1-1 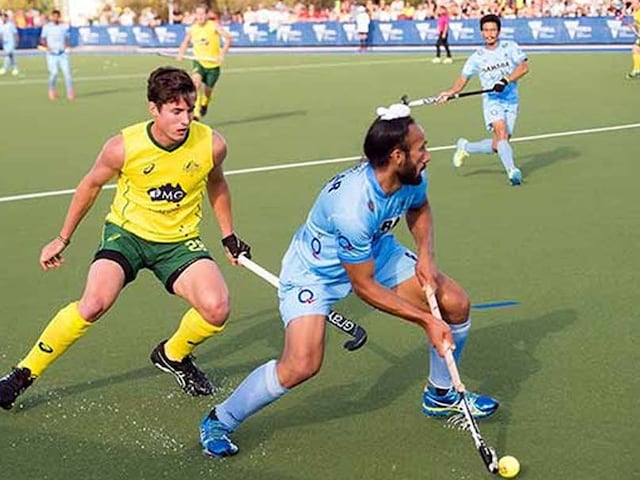 V R Raghunath's twin strike went in vain as Indian men's hockey team went down to Australia 3-4 in the second and final game to draw the two-match series 1-1, here on Wednesday.

Playing with 10 men for large periods of the third quarter, India defended stoutly but were finally outsmarted by Australia just six minutes from the hooter.

The visitors were the first to sound the board with Akashdeep scoring in the sixth minute to give India the lead. The home team settled into the game as the period went on and two minutes from the quarter Australia drew level through Mitton's strike.

In the action-packed second quarter, captain Raghunath gave India the lead from a superbly executed penalty corner in the 22nd minute.

But India's joy was shortlived as Australia equalised through a penalty corner conversion by Whetton in the 23rd minute.

India had the final say in before half time when Raghunath converted another penalty corner goal to give his side the lead going into the break.

In an ill-tempered third quarter that saw four yellow cards -- three to Indian players, Australia wrested back the control, scoring an equaliser via a Hayward penalty corner conversion in the 38th minute.

India were down by a player for long passages of play in the quarter and were even stuck with nine on the field for a while with Nikkin Thimmaiah and Pardeep Mor both on yellow cards serving suspensions.

The teams went into the final break level at 3-3. Australia were the stronger side in the final period and their constant raids bore fruit when Hayward scored his second off a set piece in the 54th minute to give his side the decisive lead.

India had earlier defeated Australia 3-2 in the first match of the series on Tuesday.