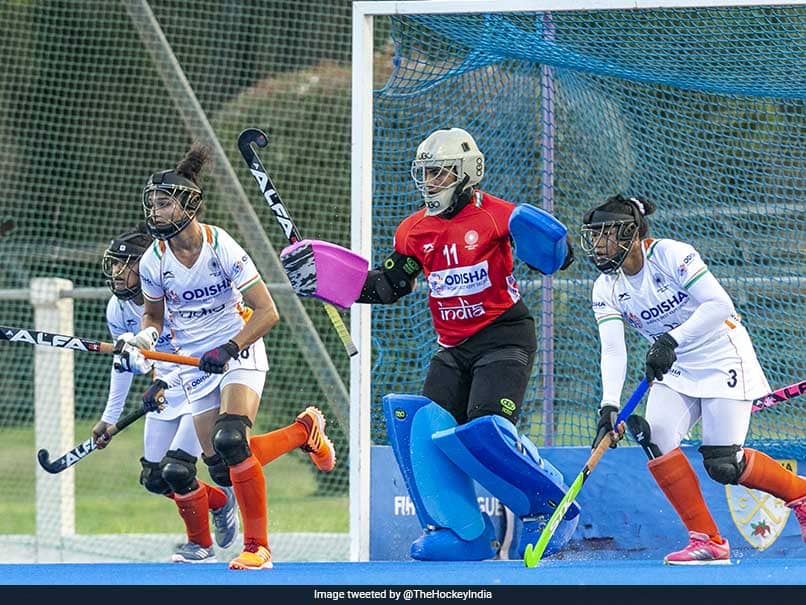 World No.2 Argentina came up with back-to-back goals in the final quarter to overcome a 1-2 setback and beat the visiting Indian women's hockey team 3-2 on Wednesday in a match that went down to the wire. Though India set-up an early lead with Sharmila's equaliser in the 34th minute and Gurjit Kaur scoring off a brilliantly executed PC in the 40th minute to lead 2-1, the experienced Argentinian side fought back in the final quarter scoring in the 50th and 57th minutes through Augustina Gorzelany and Granatto Maria respectively.

"We were close to a win but against an opponent like Argentina, you have to stay concentrated till the final hooter. The biggest take away from this match is to keep up the consistency in all four quarters," chief coach Sjoerd Marijne said, in a statement, after the match.

Though Argentina put India on the backfoot early in the match, earning a PC in the 6th minute, India goalkeeper Savita made a splendid save to ward off early danger. Argentina continued to push for opportunities all through the second quarter too, creating PCs in the 21st and 23rd minutes but India's PC defence held the fort. It was Micaela Retegui who fetched the 1-0 lead for the home team in the 25th minute with a swiftly converted goal.

After the ten-minute half time break, India made a strong comeback into the game, playing disciplined structure, closing the gaps in the 25-yard mark, not allowing Argentina to make easy forays into their circle. The forwardline, in the meantime hunted for goals and succeeded in the 34th minute when Navjot Kaur set up young forward Sharmila to make the strike.

Though Argentina earned a PC in the 38th minute, India did well to hold the home team at 1-1.

In the 40th minute, India's lone drag-flicker Gurjit Kaur set up a crucial 2-1 lead with a powerfully struck goal. In the following minutes, both India and Argentina traded a PC each, but none managed to convert.

It was eventually a penalty stroke awarded to Argentina in the 50th minute that changed the course of the match.

The Indian women's hockey team will next take on Argentina on Friday.