With the national coaching camp drawing to an end on Saturday, India women's hockey chief coach Sjoerd Marijne expressed that the team has managed to achieve their primary target of reaching desirable fitness levels. 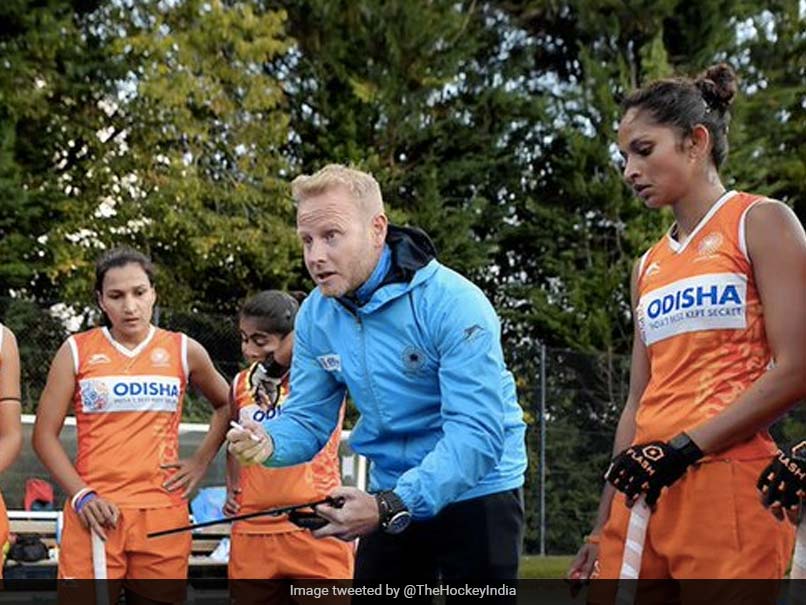 Sjoerd Marijne said he was extremely happy with the attitude of players during the national camp.© Twitter

With the national coaching camp drawing to an end on Saturday, India women's hockey chief coach Sjoerd Marijne expressed that the team has managed to achieve their primary target of reaching desirable fitness levels. "One of our goals was improving fitness and that worked out very well. In the past few weeks, we also worked with the junior men's team in a few sessions to test our speed and handling skills and I am happy with the progress we have made as a group," Marijne said in a Hockey India release.

Despite not having played any competition since February this year where the team had travelled to New Zealand, Sjoerd believes the core group is working hard towards a good build-up to the Olympic Games next year.

"We have done well so far in utilising this time and our primary focus is the Olympics. We are hopeful of playing good matches early next year that will show where we stand and we can plan the months leading up to the Games keeping in mind the areas that require improvement basis our performance in these tours," Marijne explained.

Speaking about the importance of this break, Marijne said, "The players have worked very hard these past four and half months and they have done it without complaining about anything -- be it living in a bio bubble with zero outside interaction or to be living away from their families for so long. I am extremely happy with the attitude they have showed these past four months and I understand that the training camp was physically and mentally quite challenging. This break will be especially good to recover from mental fatigue."

He further said the players have been given certain team-related assignments when they are on a break.

"I would want the players to enjoy time with their family and follow the Hockey India SOP when they meet people and socialise because the pandemic is still not over. They have all been given some homework to do as well because this break is part of our training schedule except, they won't be using the stick and the ball," he said.