India came back from 1-2 down to beat Pakistan 3-2 in an Asian Champions Trophy hockey round robin match. Get India vs Pakistan hockey highlightshere. 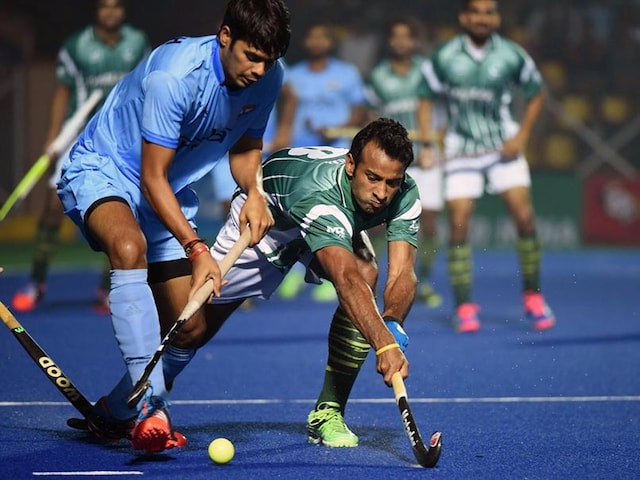 India came back to win 3-2 in a tense match vs Pakistan. (Photo: Spurs_India/Twitter)© Twitter

17:41 IST: That's it from us for today. Thank you for staying with us for the live coverage of the India vs Pakistan match.

17:30 IST: It's all over in Kuantan! India hold on in the final quarter to win 3-2. What an incredible comeback from the India team! This is going to be a massive morale-booster for Roelant Oltmans' team.

17:26 IST: Just under three minutes of play left in the game. India continue to hold fort well with a 3-2 lead.

17:22 IST: Hasheem finds some space near the Indian goal, but Sreejesh is well-positioned to fend off his shot. India still lead 3-2 with six minutes left.

17:14 IST: The final quarter is about to begin. Can India hold on to their lead?

17:11 IST: GOAL! What an incredible turnaround ! Ramandeep with an incredible finish from a counter-attack to give India a 3-2 lead.

17:04 IST: Irfan stretches to finish from just in front of the goal to give Pakistan a crucial 2-1 lead. India have to chase the game now.

16:54 IST: It's 1-1 in Kuantan! Pakistan have equalised out of nowhere. Muhammad Rizwan Sr. with an exquisite finish! PR Sreejesh had no chance there.

16:44 IST: India take a 1-0 lead into the half-time break. This is going well so far for the Roelant Oltmans-coached side.

16:38 IST: Pakistan's Shakeel Butt is given a two-minute suspension for bringing down Lalit.

16:35 IST: Pardeep Mor with a calm finish to give India a key 1-0 lead. The Pakistan defence fails to mark Mor and the Indian youngster makes no mistake.

16:25 IST: That's the end of the first quarter. Quite an evenly-matched encounter so far. Pakistan with a very good chance at the start of the game, while India missed a scoring opportunity late into the quarter.

16:20 IST: What a chance for India! Talwinder finds some space near the goal, and quickly takes a shot. His effort is inches over the bar. Pakistan are reprieved!

16:18 IST: India have strung together a few promising raids into the Pakistani half. No sugar yet though, the Pakistan defence has looked quite organised so far.

16:13 IST: Pakistan have made a strong start here. India slow off the blocks.

16:10 IST: Pakistan have an early penalty corner, but Indian goalkeeper PR Sreejesh is up to the task and pulls off two back-to-back saves to keep the scores level.

16:03 IST: The two teams have stepped out into the field. There is some sizeable support for both the teams in Kuantan.

15:53 IST: The line-ups of the two teams are out. This promises to be quite a cracking affair.

Here’s how the teams line up for the epic #INDvPAK clash at the #ACT2016 on 23 Oct.#IndiaKaGame pic.twitter.com/HFn60hX3U9

15:45 IST: Hello and welcome to the live blog of India's Asian Champions Trophy hockey clash vs Pakistan. We are just minutes away from commencement in Kuantan. 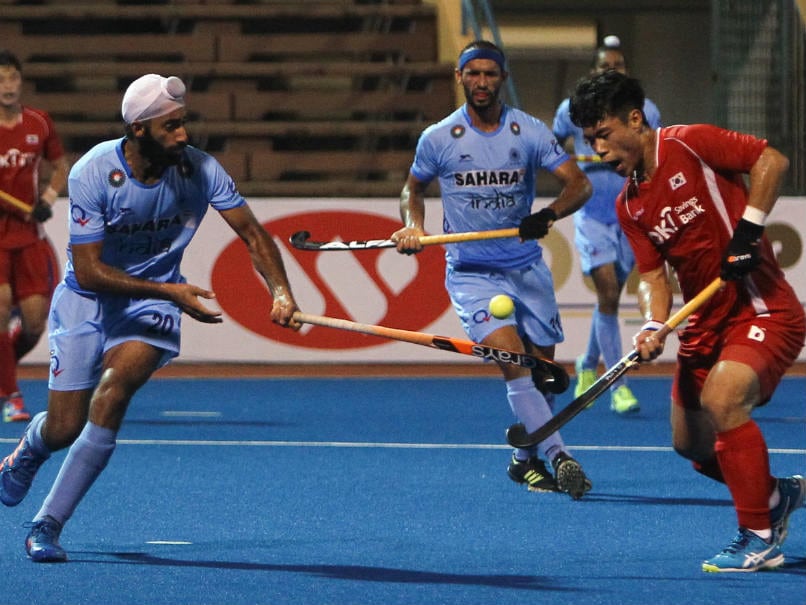 India won their opening match of the tournament 10-2 against Japan, while drew 1-1 with South Korea. Pakistan, on the other hand, lost their first match 2-4 against Malaysia while beat South Korea 1-0 in their second game.

Both teams have been successful in the past Asian Champions Trophy editions, which is being played for the first time after 2013.

While India won the inaugural 2011 edition of the tournament, Pakistan won the 2012 and 2013 editions.

The two teams' match on Sunday will be their 166th international clash.