Germany took a 3-0 lead at half-time. Although India came back strongly in the fourth quarter, yet the Germans managed to score the fourth goal 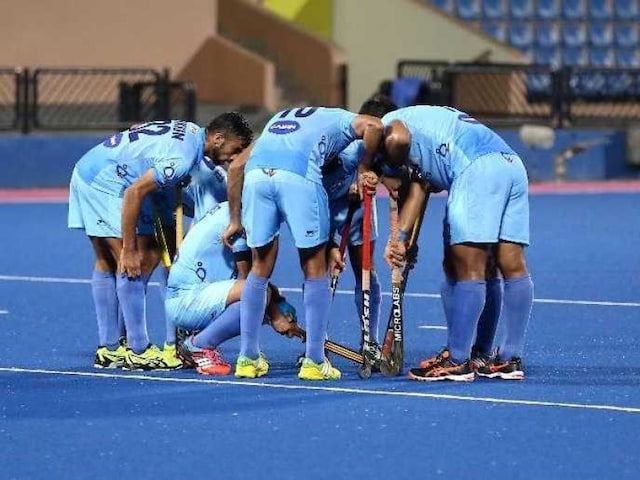 India came all out in the final quarter but it was Germany who capitalised by scoring their fourth goal in the 57th minute.© NDTV

Indian men's hockey team witnessed a disappointing start to its campaign at the six-nation Invitational tournament, losing 0-4 to Germany in their opening match on Monday.

In a first quarter blitz, Germany took the lead in the fifth minute via Mats Grambusch. Grambusch doubled Germany's lead minutes later before Moritz Furste scored a third in the 14th minute to take a 3-0 lead into the first break.

India came back stronger in the second quarter and soon started to make inroads into the German defence. \

The two teams went into the half time break with Germany leading 3-0. The third quarter witnessed a tough battle as India, looking to get back into the game, started pushing forward in numbers. Germany, defending deep and working on the counter, soon lost players to fouls -- first Martin Zwicker and then Christopher Wesley penalised for fouls.

But India couldn't capitalise on the advantages. India came all out in the final quarter but it was Germany who capitalised by scoring their fourth goal in the 57th minute via a penalty corner conversion by Lukas Windfeder.

Speaking after the match, India's chief coach Roelant Oltmans said, "We're not looking too hard at the result because several members of the team have been rotated. The performance though is something we will look at and analyse and better on in our subsequent games." India will next play Ireland on Tuesday.