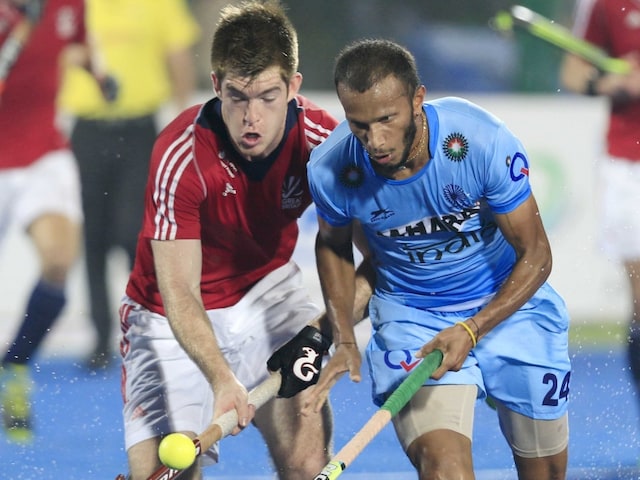 SV Sunil has said the Indian Hockey team has changed mentally and they are not scared of the top teams anymore. (Image credit: HI)

The Indian team settled for a silver medal in its best-ever Champions Trophy performance after it went down fighting to world champions Australia 1-3 in a controversy-marred summit clash penalty shootout in London last Friday.

"After our Champions Trophy performance, especially the way we played the final, we have a great chance in Rio and we are very optimistic about a podium finish there. We will give our best and this silver medal will work like a tonic for us," Sunil told PTI Bhasha in an interview from Spain.

He said that this Indian side is not prone to succumbing against the big teams anymore and is capable of beating any side in the world.

"Earlier, we used to get scared about all top teams but now we all know that we can beat any team in the world. So, mentally, we have changed a lot, toughened up, and all the credit goes to chief coach Roelant (Oltmans), who always infuse the much needed self belief in us," he said.

Asked if there was any specific preparation to get rid of the mental block, he said that it's all about self motivation.

"This new found mental toughness is a result of self motivation. There is no other secret formula," he added.

Despite the morale-boosting result, Sunil identified certain areas where the team needs to work harder.

"We need to improve more on striking zone. We have to work on perfect finish after entering D circle. With improvement in our attack we can repeat this performance in upcoming tournaments," said the ace forward.

He is disappointed with the standard of umpiring in the final but is happy with India's overall performance in the tournament.

"In penalty shootout umpires should have been more aware of timings, they made a mistake that cost us. Otherwise we were extremely happy as it was a total team effort. It's an awesome feeling that our hard work paid off. We could have won the final in regulation time but we missed some easy chances. Still I am very happy with the overall performance," said Sunil.

"We had no time to celebrate as we had to move to Spain immediately," he said when asked about how the team celebrated this historic win