India defeated South Korea 3-0 in the 2014 Hockey World Cup playoffs for the ninth position, dropping one spot from their eighth-place finish in the 2010 World Cup in New Delhi.

A dismal ninth-place finish in the World Cup notwithstanding, Indian coach Terry Walsh chose to see the brighter side and said that the team is trying to mix the Asian and European styles of hockey that can be troublesome for the rivals. 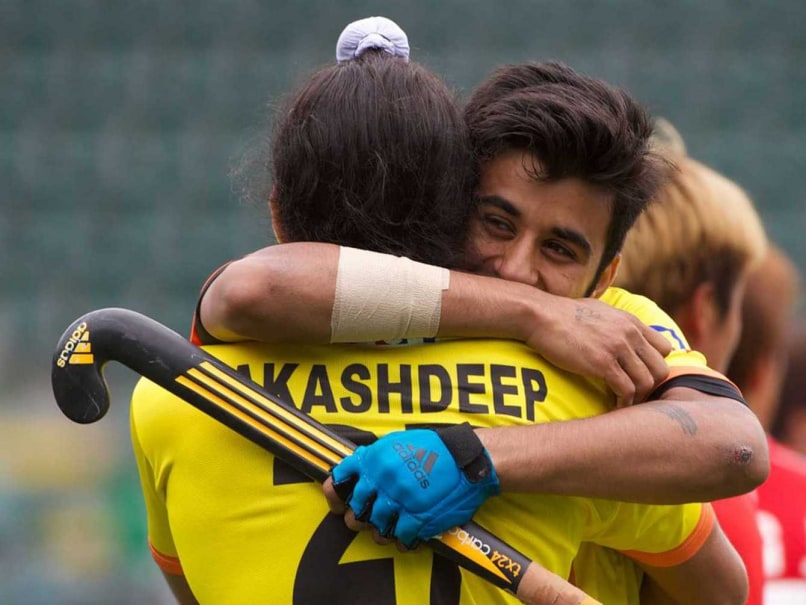 "We've been mixing a bit of the Asian and European styles, but we are far from perfect. We have some way to go and we're working on it," said Walsh.

"It's a long-drawn process, but I am confident the signs of change will soon become evident," said Walsh, who went on to compliment captain Sardar Singh and the team members for trying to adapt the European style into their game.

"I take my hat off to these boys. They are trying to change, and are playing well," he said.

India defeated South Korea 3-0 in the playoffs for the ninth position, dropping one spot from their eighth-place finish in the 2010 World Cup in New Delhi.

"In this match against South Korea, we played the second half very well and stuck to our game-plan," said Walsh. "This is just the tip of the iceberg. Over a long period the system must develop players and it should have a large pool of players."

India's ninth position is the highest among three Asian nations that qualified for the World Cup. South Korea finished 10th and Malaysia were placed at the bottom of the heap in the 12-nation tournament.

Walsh said the decline of Asian hockey was evident for over a decade.

"Asian decline is not new, it's been going on for a decade, and in some cases for two decades," Walsh said. "As for India, we're trying to do something about it. The Indians are trying to compete against the top teams, not just to play on the same pitch."

The coach, a former Australian Olympian, said the European teams were always working on a plan, which alone was the way for India to follow.

"Look at Belgium, they have been working on a programme for a long period of time. Even Germany are out of top four here at the World Cup," said Walsh.

"Some significant decisions need to be implemented and it will take years to bring about the change," he added.

Captain Sardar said the team's focus would to be finish the year ranked among the top six nations and to clinch qualification for the Olympic Games through the Asian Games in Incheon.

"Our target is to improve our ranking to No.6 at least. We still have three major events to play this year," said Sardar, listing the events as the Commonwealth Games in Glasgow, the Asian Games in Incheon and the Champions Trophy in Bhubaneswar.

"Our team is quite young and several players were playing in their first," said Sardar.

Sardar was a member of the team that finished eighth in the 2010 World Cup.

"There were several senior players in that World Cup team. This team is younger and the lessons learnt here will benefit them," he said.

Sardar felt he had at least another World Cup left in him.

"I would love to represent India in another World Cup," said Sardar..