The Sardar Singh-led team put up a fight against World No. 1 Australia before going down 1-2 in a warm-up game on Thursday. 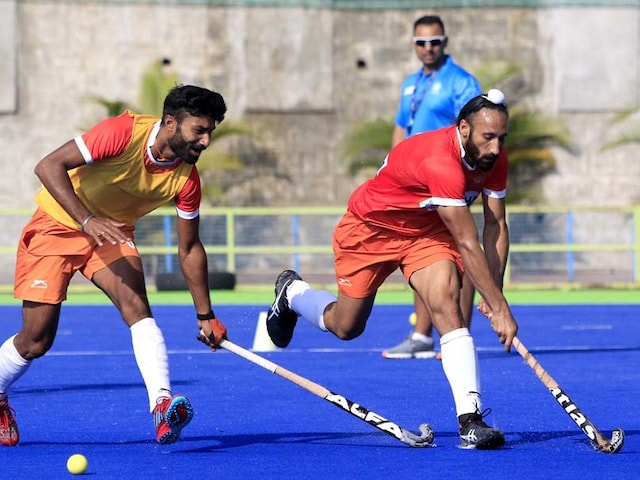 India will look to begin their campaign on a positive note when they take on World No. 2 Argentina in the opening game of the 27th Sultan Azlan Shah Cup hockey in Ipoh on Saturday. The Sardar Singh-led team put up a fight against World No. 1 Australia before going down 1-2 in a warm-up game on Thursday. Though the team lost with vice-captain Ramandeep Singh scoring India s lone goal, chief coach Sjoerd Marijne was optimistic.

"We played three quarters against Australia to adjust to the humidity. I was happy with a lot of things. For the first match together with this new combination, we put a good performance and we will use this to prepare for the opening game against Argentina."

India last played against Argentina in the World League Final in Bhubaneswar where the hosts lost a place in the title-round after losing 0-1.

"Like I have said in the past, I don't consider that result as the playing conditions were not normal. We played in incessant rain and the only thing we learnt from that match against Argentina is that they were better in such conditions," stated Marijne.

Olympic champions Argentina, meanwhile, are in the city without the services of their celebrated coach Carlos Retegui who has resigned from the top job.

It was under the tutelage of Retegui that Argentina had won their only Sultan Azlan Shah Cup in 2008, beating India 2 -1 in the final.

Though it will be interesting to see how the side does in the absence of Retegui, the squad remains strong with Gonzalo Peillat, Lucas Rossi, Juan Manuel Vivaldi, Pedro Ibarra, Matias Paredas.

It is interesting to note that under Sardar's captaincy, the Indian team has never returned home from Sultan Azlan Shah without a medal.

But this time, in the absence of key players Akashdeep Singh, SV Sunil, Mandeep Singh in the forward line, Manpreet Singh in the midfield, goalkeeper PR Sreejesh and dragflick specialists Rupinder Pal Singh and Harmanpreet Singh who are rested, Sardar will have to ensure his younger counterparts shake off the initial nervousness and stick to a structured game chalked out by the coach.

"While a winning start is what we look for, it's important for the team to execute the structure we want to play in. There is no room for error when you play a team like Argentina and we cannot let their 'Olympic champions' tag intimidate us. I am hopeful we will stitch together a good performance," stated the 31-year-old skipper.

"The practice match against Australia has given the first-timers an insight into what they can expect and I am sure they will take that confidence into the opening game as well."

India's second match on Sunday will be against England, who have retained 10 players from the squad that won the title last year. But for now, Sardar and his team's focus is on Saturday's match.

"We want to take it one match at a time and for now our focus is on doing well against Argentina," Singh signed off.