India managed to draw 1-1 with Spain on Thursday after losing the first two games against Belgium and England in the hockey World Cup. 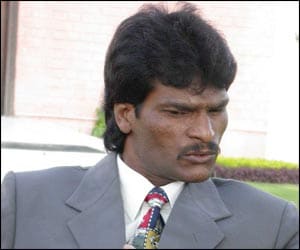 Former India skipper Dhanraj Pillay on Friday said he was disappointed with India's performance in the ongoing hockey World Cup at The Hague and called for sacking of foreign experts including coach Terry Walsh.

"World cup has been a failure for us. We have a high performance director (Roelant Oltmans) and Terry Walsh who has been there since past eight months. I don't think their services have benefited the Indian team," he told reporters.

India managed to draw 1-1 with Spain on Thursday after losing the first two games against Belgium and England.

"Nowadays we are losing even against teams like Belgium. If an Indian was coach, then he would know as to how to motivate and strategise during matches. We should have won all the matches but lost in the last minute. Walsh stated that we are lucky to get a point. I feel this is a sad attitude for a coach," he further said.

He pointed out that there is a bias in selection as Sandeep Singh was ignored for the World Cup, despite proving his merit in the Hockey India League.

"Sandeep Singh has been the highest scorer in the Hockey India League, despite that he hasn't found a place in the Indian team and has been dropped on the basis of his performance. Even a non-playing player can comment on the performance on Sandeep. I believe there is a case of bias against Sandeep," he said.

Dhanraj though praised captain Sardar Singh and goalkeeper Sreejesh for their performance and said that they are the only two stand-out players.

"I can only see Sardar performing and in the previous match Sreejesh played really well. It is because of him we saved so many goals, otherwise they would have knocked in 8-9 goals. The gameplan employed by Sreejesh is very good but we are out of the semifinals," he said.

India failed to convert penalty corners which cost them dearly and Pillay was also scathing in his comments against Hockey India Secretary General Narinder Batra.

"I have been reiterating that Sandeep Singh is India's top penalty corner specialist. Narinder Batra should see who is a good or bad player and accordingly should select a team. It is not a team consisting of your family members, the whole world has eyes on the Indian team. The federation should think they can take decisions on their own," he said.