India conceded a match-winner to Belgium in their first Hockey World Cup match just 15 seconds from close to lose 2-3 after keeping their higher-ranked rivals at bay for most part of the game. 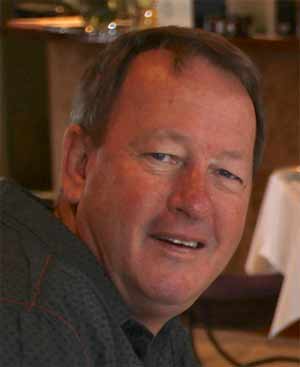 Dejected he might be after India's loss to Belgium in their Hockey World Cup opener but coach Terry Walsh said the performance was not bad and some "good aspects" of the team's gameplan came to the fore.

India conceded a match-winner to Belgium just 15 seconds from close to lose 2-3 after keeping their higher-ranked rivals at bay for most part of the match. (India vs Belgium, As It Happened)

They even led midway in the second session, a situation that seemed to have pleased Walsh.

"I would say that we're now getting competitive against the big teams. Our show's much better than what we were doing earlier," said Walsh, asserting that the Indian players need to realise that the score-line is what matters in the end.

"How we play, and how close we finish, the fact is that the scores matter in the end," he added, extolling his players to realise the difference this last-minute goal made.

India's opponent in the next outing on Monday will be England, who were held to a 1-1 draw by Spain in their first Group A match on Saturday.

After falling back to defend for most of the first session that ended with a late goal for the Belgians, India came back strongly after the interval.

Scoring twice in succession through Mandeep Singh and Akashdeep Singh, India enjoyed a short-lived lead midway through the second half, but some defensive lapses conceded victory to Belgium.

"There were some good aspects to emerge from our game against Belgium. Having come this far, we should have held on to earn a point, but the last 30 seconds cost us dear," said Walsh, who took over as India's coach six months ago.

European Cup silver-medallists Belgium are currently ranked No. 5 in the world, which is three places above India but it was not until the third goal came just before the hooter that their coach Marc Lammers could breathe easy.

"India played better then what I'd seen them d previously. They can be troublesome opponents," said Lammers a Dutchman under whom the Netherlands women won the 200 Olympic gold medal at Beijing.

Walsh is hopeful of India putting up an improved show against England, who are placed No. 4 in the International Hockey Federation rankings.

"There were some good aspects in our game which I a quite pleased with," said Walsh, exuding confidence of hi team improving further as the tournament proceeds.

India finished eighth in the 2010 World Cup in New Delhi yet another of their poor recent results. The Indians have failed to make the semifinals even once since their only 197 World Cup title win -- on grass.

Realising that they had squandered a very goo opportunity to extract revenge from Belgium, who had prevailed in three of their last four encounters, the Indian players realised it would get tougher to gain points.

"I think we are on the right track, but we'll now have t push ourselves even harder," said captain Sardar Singh dejected to have conceded the last-minute winner to Belgium whom India last defeated in the quarterfinals of the Champion Trophy in Melbourne in 2012.

Sardar said his team showed tremendous strength in the opening game, but erred at crucial junctures.

"We made several mistakes during the game, and also i the very last minute," said Sardar.