Balbir Singh Sr was hospitalised on Friday evening with high fever and also suffered a cardiac arrest on Tuesday morning. 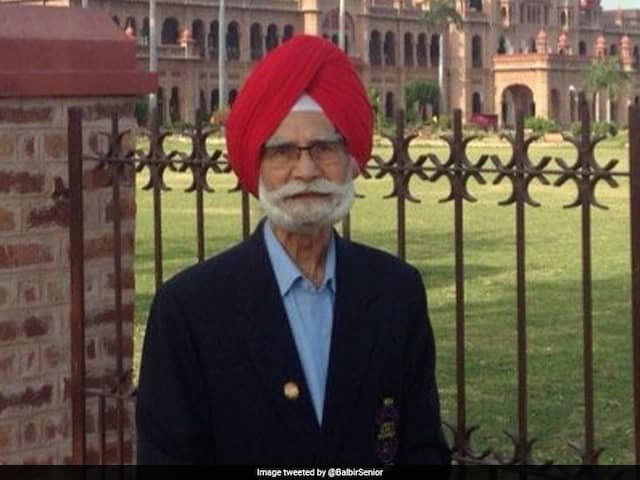 Balbir Singh Sr continues to remain on a ventilator.© Twitter

Hockey legend Balbir Singh Sr endured a "number of cardiac events" and remained in a critical state on Wednesday at a hospital here as he battled bronchial pneumonia. According to hospital sources, Balbir Sr had "a number of cardiac events late in the night (on Tuesday)" after suffering a cardiac arrest on Tuesday morning. "The doctors at the Fortis Hospital at Mohali, where Balbir Sr is admitted are doing their best," sources said. The 95-year-old triple Olympic gold-medallist was hospitalised on Friday evening with high fever and continues to be on a ventilator.

On Tuesday evening, his grandson Kabir issued a medical update, stating that the hockey stalwart continues to be critical.

"Nanaji was admitted on Friday, 8th May in a very serious multi-organ affected state. His condition had improved slightly but was and is still critical now...he continues to be on ventilator assistance," Kabir had said.

"Saddened to know that @BalbirSenior Ji had a heart attack today and is in ICU now in a critical state. Praying for your speedy recovery, sir," the CM tweeted on Tuesday.

In January last year, Balbir Sr was discharged from PGIMER, Chandigarh after spending 108 days in the hospital, where he underwent treatment for bronchial pneumonia.

One of the country's tallest athletes, Balbir Sr is the only Indian among 16 legends chosen by the International Olympic Committee across the modern Olympic history.

He had scored five goals in India's 6-1 victory over the Netherlands in the gold medal match of the 1952 Helsinki Games.

Balbir Sr was conferred with the Padma Shri in 1957 and was also the manager of India's only World Cup-winning team in 1975.