At the Kalinga Stadium, the Germans, who finished at the bottom in the pool stages, produce defensive master-class to tame the high-flying Englishmen, who impressed in the opening round and topped Pool A. 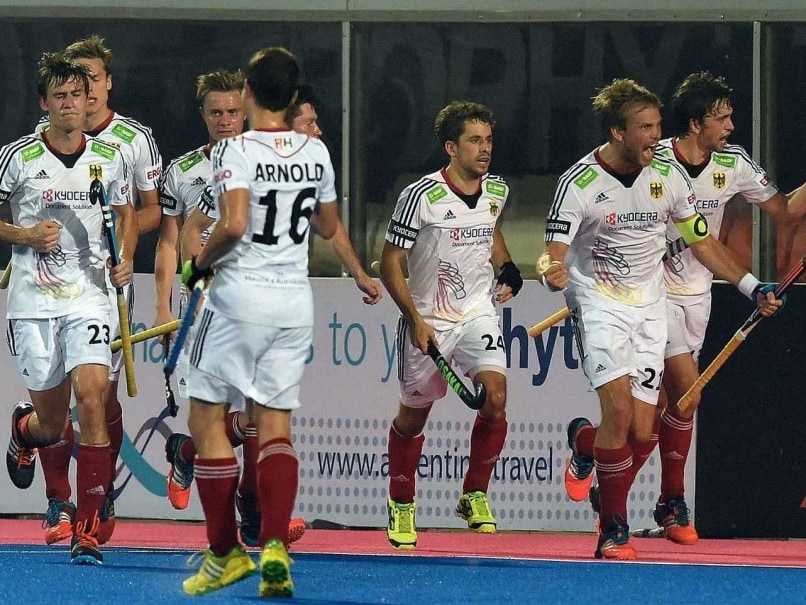 German hockey players celebrate after scoring against England in the quarters of the FIH Champions Trophy.© AFP
Bhubaneswar:

At the Kalinga Stadium, the Germans, who finished at the bottom in the pool stages, produce defensive master-class to tame the high-flying Englishmen, who impressed in the opening round and topped Pool A.

The Germans scored a goal each in the second and fourth quarters through Moritz Furste (30th minute) and Christopher Ruhr (58th) to register the victory.

Germany will now take on world champions Australia in the semifinals on Saturday, while England will face Argentina for 5-8 places classification matches.

The Germans started the game in attacking fashion, winning as many as five penalty corners in the opening 10 minutes but wasted all.

England slowly and steadily started to mount raids on the opposition citadel but they failed to break the rock-solid German defence.

Germany finally broke the deadlock just at the stroke of halftime from their sixth penalty corner with skipper Furste finding the top corner of the net with a fierce drag-flick.

After the change of ends, the Germans continued in the same defensive vein and depended more on counter-attacks to score goal.

Germany started to control the match by playing possession hockey in the last two quarters.

England, however, forged a strong comeback in the closing quarter but Adam Dixon's shot on the turn went agonisingly across the face of goal.

Two minutes from time, any hopes of England's comeback was dashed Christopher Ruhr coolly finished off a move from close range.

Comments
Topics mentioned in this article
England Hockey
Get the latest updates on India vs South Africa and check out  Schedule, Results and Live Score. Like us on Facebook or follow us on Twitter for more sports updates. You can also download the NDTV Cricket app for Android or iOS.