Hockey Champions Trophy: England Draw 1-1 with Belgium, Finish on Top of Pool A

England finished on top of Pool A with seven points from three games with two wins and a draw, while Belgium ended on second spot with five points by virtue of one victory and two draws in the FIH Champions Trophy. 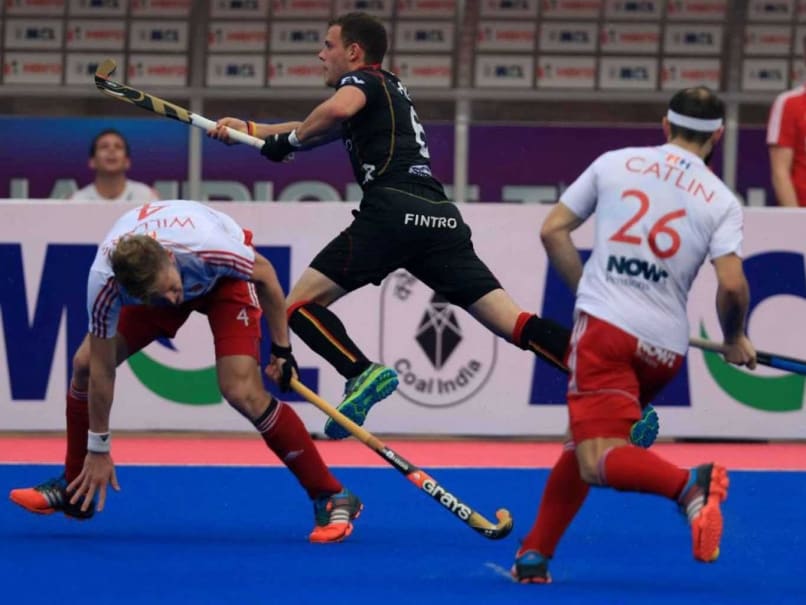 England and Belgium in action during their 1-1 draw in the FIH Champions Trophy.© NDTV
Bhubaneswar:

England came from a goal down to draw 1-1 against Belgium and top Pool A in the Hero Champions Trophy hockey tournament at the Kalinga Stadium, here on Tuesday.

England finished on top of Pool A with seven points from three games with two wins and a draw, while Belgium ended on second spot with five points by virtue of one victory and two draws.

Belgium scored through Amaury Keusters (9th minute), while England's goal came from the sticks of Iain Lewers in the 48th minute.

It was battle of two evenly-matched teams as both England and Belgium matched each other stick-to-stick, which was also quite evident by the end result.

However, it was the Red Lions who took the lead in the first quarter through an unmarked Keusters, who scored past England goalie George Pinner with a powerful backhand shot after receiving a clever pass from Tanguy Cosyns.

But England came back strongly in the second quarter and had the better share of chances.

Strikers Ollie Willars and Sam Ward got two great opportunities to restore parity for England but on both occasions their efforts were brilliantly saved by Vincent Vanash in front of Belgium goal.

Bad luck continued to haunt England as drag-flick specialist Ashley Jackson hit the upright from a penalty corner before they wasted a penalty stroke.

England were awarded a penalty stroke at the stroke of half-time when Samuel Ward was fouled inside the circle by a Belgian defender, but they squandered the opportunity as Lewers struck the metal-work to go into the breather trailing by a goal.

England continued to press hard for the equaliser after the change of ends and in the process secured four consecutive penalty corners, but both Jackson and skipper Barry Middleton failed to cash in on their chances.

Belgium came tentalisingly close towards doubling their lead minutes before the end of third quarter when Keusters found the crossbar.

Still trailing by a goal, England launched an all out attack in the fourth and final quarter and it took them just three minutes to level the scores.

Lewers made up for the penalty miss by finding the net with a powerful backhand stroke from top of the circle.

Thereafter both the teams tried hard for the winner but failed to break each other's defence to end the pool stages on unbeaten note.

Comments
Topics mentioned in this article
England Hockey
Get the latest updates on India vs Australia and check out  Schedule, Results and Live Score. Like us on Facebook or follow us on Twitter for more sports updates. You can also download the NDTV Cricket app for Android or iOS.