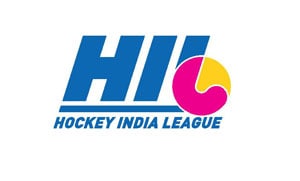 Former hockey players feel that the much-awaited Hockey India League will help in reviving the dwindling fortunes of the game in the country.

"After a long time such an opportunity has come. Technical exchange of knowledge and skills between players and coaches would help improve the status of the game in the country," former India captain and Olympian Pargat Singh said.

Olympian Mohammed Shahid believes that it would be a treat to watch the best talents from across the world in the league.

"I am excited to see such good players in one league. Many people would come to watch these greats," Shahid said.

Cedric feels that the league would give Indian hockey the impetus it requires to regain its past glory.

"This will give a launch pad to popularise the sport in the country again. We have the heart and skill to play the game but this tournament will also bring in tactics which will take our game further ahead," he said.

Also, Star Sports have roped in former India cricketer and MP Navjot Singh Sidhu to be their brand ambassador for the league.

Despite the ongoing controversy over the participation of Pakistani players in league, Sidhu feels sports should not be mixed with politics.

"I feel a sportsperson joins people. He does the work of bridging gaps," he said while whatever is apt should be done at the diplomatic level to decide whether Pakistani players should be part of this league or not.

The inaugural HIL will be held across five cities of the country from January 14 to February 10.

Comments
Topics mentioned in this article
Hockey India League Navjot Singh Bhagwantsingh Sidhu A B Subbaiah Hockey
Get the latest updates on ICC T20 Worldcup 2022 and CWG 2022 check out the Schedule, Live Score and Medals Tally. Like us on Facebook or follow us on Twitter for more sports updates. You can also download the NDTV Cricket app for Android or iOS.