The midfield will be formed by captain Harjeet, Nilakanta Sharma, Santa Singh, Sumit and Shamsher Singh. 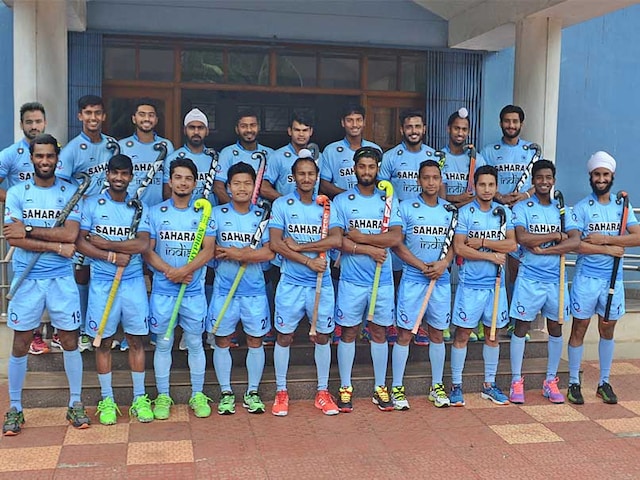 Harjeet Singh will lead the side, while Dipsan Tirkey will be his deputy.© Hockey India

The Indian Junior Men's hockey team under Harjeet Singh is all set to participate in the four-nation International Junior hockey tournament from October 24 to 30 in Valencia.

Dipsan Tirkey will shoulder the responsibility of the vice-captain. Goalkeeper Vikas Dahiya, who was stand-by goalkeeper for PR Sreejesh at the Rio Olympics, will also feature in the team along with Suraj Karkera as the second goalkeeper.

The defence line-up will see Varun Kumar, who had an impressive outing at the Australian Hockey League with seven goals including a hat-trick. He will be joined by Gurinder Singh, Dipsan Tirkey, Harmanpreet Singh, Hardik Singh and Anand Lakra.

The midfield will be formed by captain Harjeet, Nilakanta Sharma, Santa Singh, Sumit and Shamsher Singh, while the forward line will be led by the talented Armaan Qureshi, who scored four goals in the recently concluded Australian Hockey

"The boys played their heart out in the Australian Hockey League and their performance was commendable. In Valencia, we will now meet some of the top junior teams like Germany, Belgium and Spain which should keep us in good stead for the Junior World Cup later this year," Harendra Singh, Indian Junior Men's team coach, said.

"We have learnt a few things during the AHL and are in the process of ironing out the current challenges to emerge as strong as we can before we go to Lucknow for the Junior Hockey World Cup in December," he added.