Focus is on Bringing Variations in Midfield: Roelant Oltmans

The selection trials to pick the Indian hockey team for Asian Champions Trophy and Australia Tour will be held on Friday at the SAI, South Centre in Bengaluru 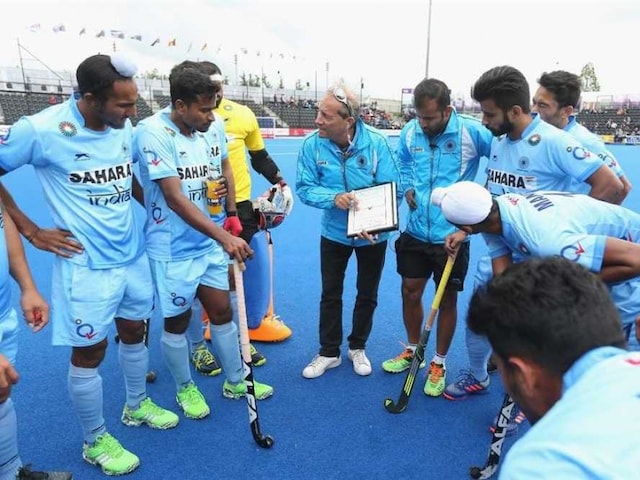 Roelant Oltmans said focus during month-long camp will be to bring variations in midfield. (Image: FIH)

Back in the national camp after a four-week break since the Rio Olympics, an upbeat Indian men's hockey team has now shifted focus to the new season which starts with the Asian Champions Trophy in Malaysia where they will meet arch-rivals Pakistan.

"The mood in the team is very good and the players have moved on from their quarterfinal loss against Belgium," said Roelant Oltmans, chief coach India men's hockey team and Director High Performance.

"They don't have bitter feelings about the Olympics because now they know they are on par with top teams in the world and they are often complimented by hockey lovers not just from India but around the globe for how they played at the Olympics. Though we were not happy with the result."

The selection trials to pick the team for Asian Champions Trophy and Australia Tour will be held on Friday at the SAI, South Centre in Bengaluru. The team will also be put through a rigorous fitness test.

"For the senior team they have a busy schedule with the Asian Champions Trophy and Australia Tour then the Coal India Hockey India League, where as the juniors will play in the Australian Hockey League, Spain 4-Nations Tournament and then the Uttar Pradesh FIH Junior Men World Cup in Lucknow in December," said Oltmans.

"It's only in March that we will look at having a strong pool of probables which will have quite a few junior players who can be potential players for the 2020 Olympics and even the World Cup in 2018," he added.

Oltmans will join the junior team for the Australian Hockey League (AHL) starting September 29 and in his absence, the camp will be spearheaded by fellow Dutchman and Strategic Coach Roger van Gent who will be assisted by Tushar Khandker.

"The focus during this month-long camp will be to bring about variations in the midfield and forward line structure. Of course fitness too will be a priority," Oltmans said.

"We have shown in the past one year that we are as good as any other top team in the world but we need to bring in consistency and create results that are in our favour. That's the key and we need to work on it," he added.