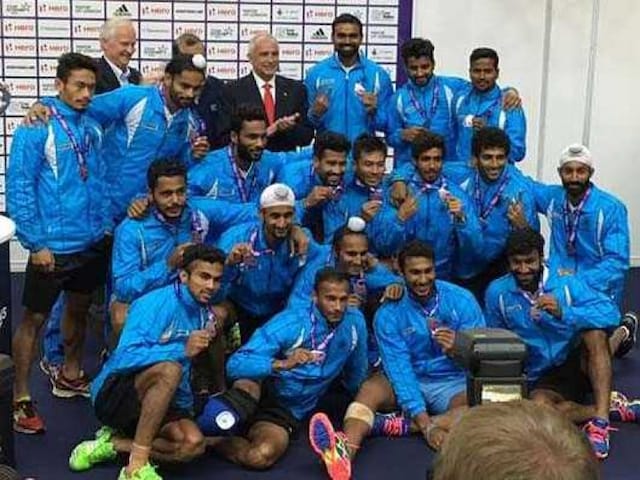 The International Hockey Federation (FIH) has released the latest World Rankings following the conclusion of the hugely entertaining 2016 Champions Trophies in London. Indian men have climbed to the No. 5 spot.

World Cup holders and Champions Trophy 2016 winners Australia remain at the top of the men's rankings, while Olympic and world champions the Netherlands hold on to top spot in the women's rankings.

There is no change in the men's top three nations, with Netherlands ranked second and Germany third. While England (and Great Britain) remain fourth, India have leapfrogged Belgium (6) and Argentina (7) into fifth place thanks to their outstanding silver medal winning performance at the Champions Trophy 2016 earlier this month.

In the women's rankings, Argentina's stunning title success at the Champions Trophy keeps them in second place but has seen them narrow the gap with the top-ranked Dutch. Indian women, who have qualified for the Olympics, remain static at No. 13.

Australia and New Zealand remain in third and fourth place, respectively, but fifth place is now held by USA, who have moved up from seventh courtesy of the brilliant bronze medal that they won at the Champions Trophy on Sunday.

The next update to the FIH World Rankings will be published following the completion of the Rio 2016 Olympic Games in August.

(With inputs from FIH)

Comments
Topics mentioned in this article
India Australia India Women Hockey
Get the latest Cricket news, check out the India cricket schedule, Cricket live score . Like us on Facebook or follow us on Twitter for more sports updates. You can also download the NDTV Cricket app for Android or iOS.