The woman in her complaint has alleged rape, physical abuse and criminal intimidation by Sardar Singh 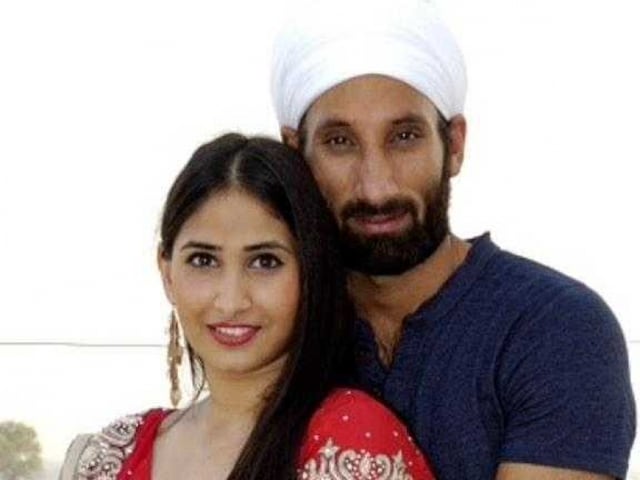 Sardar Singh has denied all the allegations levelled against him, saying that the charges were 'inappropriate' and 'false'.© Twitter

The Delhi Commission for Women on Wednesday recommended registration of an FIR against India Hockey captain Sardar Singh in an alleged sexual assault case after a British woman Hockey player of Indian origin filed a complaint against him.

DCW chief Swati Maliwal also demanded that an FIR be registered against Punjab Police for failing to register the first information report (FIR) against Singh despite the woman alleging rape and assault in January 2016.

"The woman has given us a complaint and alleged that she was physically assaulted by Singh and that there was an attempt to push her from the top floor of a five-star hotel in Delhi and that she was raped by Singh therein. We have recommended registration of an FIR against Singh to SHO Chanakyapuri police station (in Delhi)," Maliwal said, adding that the Police Commissioner and his deputy have also been marked in the directive.

"Also, the law clearly states that if a woman says that she has been raped, police has to file an FIR. But the Punjab Police did not do so despite the woman approaching them and even upon revelation of cognisable offence.

"We demand that an FIR be registered against Punjab Police under section 166A of IPC for failing to register an FIR," Maliwal said.

Justice should be delivered in a fast track manner, she said.

The Commission also issued a notice to Hockey India president Narinder Batra on Wednesday and sought an explanation with regard to the allegations made by the complainant against HI and the action taken or proposed to be taken by it in the matter.

The 21-year-old complainant was the first British-Asian woman to represent England in hockey in 2010 as part of their junior women's team. She had filed a police complaint in February in Ludhiana following which an SIT was formed to probe the sexual harassment allegations. The SIT had given a clean chit to the Indian hockey team skipper.

Sardar has earlier denied all the allegations levelled against him, saying that the charges were 'inappropriate' and 'false'.

The woman in her complaint has alleged rape, physical abuse and criminal intimidation by Singh and informed the Commission that she got pregnant in 2015 with Singh's child and upon the revelation of the same to the accused, he threatened her and forced her to abort the pregnancy.

In addition, she has alleged that HI has taken no action on her complaint, despite knowing about these incidents and that HI has facilitated her travel to various destinations and stay in hotels to accompany Singh during his hockey matches.

The complainant has also informed the Commission that HI had taken no action on a complaint she had sent to the organisation in May 2016.

Talking to reporters, she claimed that despite providing police with all the evidence, they did not file any FIR. "I was sent from SHO to ACP, then to the DCP and well way to DGP of Punjab Police, I also met the Ludhiana Police Commissioner," she claimed.

Ludhiana Police, she said, instead asked her to go and register a complaint at either Panchkula or Sirsa police station under the Haryana police.