England registered their best win ever in Champions Trophy as a hapless Pakistan team was reduced to being mere spectators on the field. 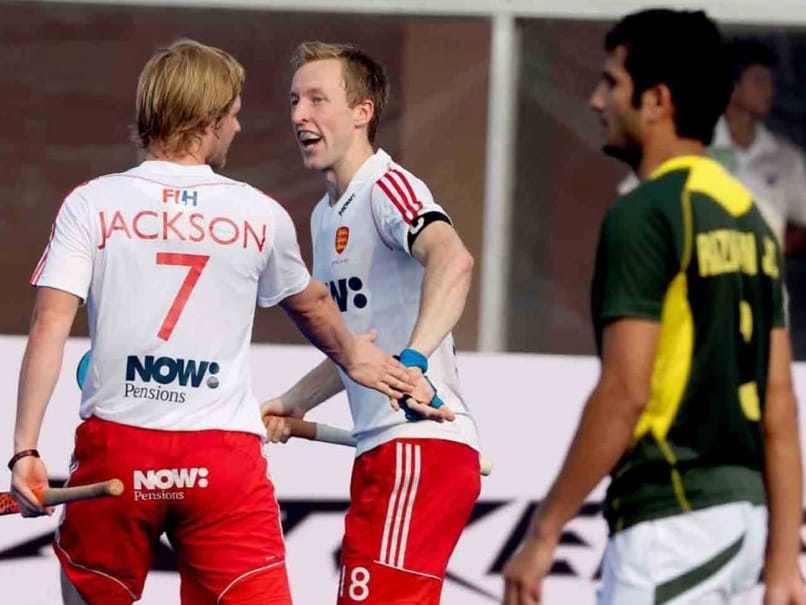 An impressive England demolished Pakistan 8-2 in their second Pool A match to register their best-ever win in the history of the FIH Champions Trophy at the Kalinga Stadium, here on Sunday.

England dished out a scintillating performance in the opening two quarters and pumped in as many as five goals to child play with the hapless Pakistanis.

Such was their dominance and control over the match that England scored seven field goals against just one through penalty corners.

The 8-2 victory is England's best-ever in the elite eight-nation event, bettering their 5-1 win over Spain in 1987.

Sunday's win is also England's biggest ever victory over Pakistan in Champions Trophy history, the previous best being a 2-0 triumph in 1999.

England got off the blocks through Mark Gleghorne's (15th minute) tough from close range before Nick Catlin made it 2-0 with a powerful hit two minutes later.

Exactly two minutes later, David Condon got a beautiful touch to Tim Whiteman's cross to register England's third goal before skipper Barry Middleton (24th) and Ashley Jackson (26th) also scored to give their side a commanding 5-0 lead at the lemon break.

After the change of ends, Sam Ward (45th), who made his debut in the last match, scored his third goal of the tournament with a lovely finish to Adam Dixon's pass.

Alastair Brogdon (48th) then increased England's lead to 7-0 with a diving effort before Muhammad Arslan Qadir (57th) got a consolation goal for Pakistan three minutes from full time.

There were more goals in store as Chris Griffiths (59th) scored England eighth goal of the match before Muhammad Irfan (60th) converted a penalty corner on the final hooter.

With two wins from as many games, England are atop Pool A, while Pakistan lost both the matches they played in the tournament so far.

England had stunned world champions Australia 3-1 in their opening game, while Pakistan lost 1-2 against Belgium.

Comments
Topics mentioned in this article
Hockey England Pakistan
Get the latest updates on India vs South Africa and check out  Schedule, Results and Live Score. Like us on Facebook or follow us on Twitter for more sports updates. You can also download the NDTV Cricket app for Android or iOS.