Australia, winners of the Champions Trophy for a record 13 times, take on India in their last round-robin league fixture 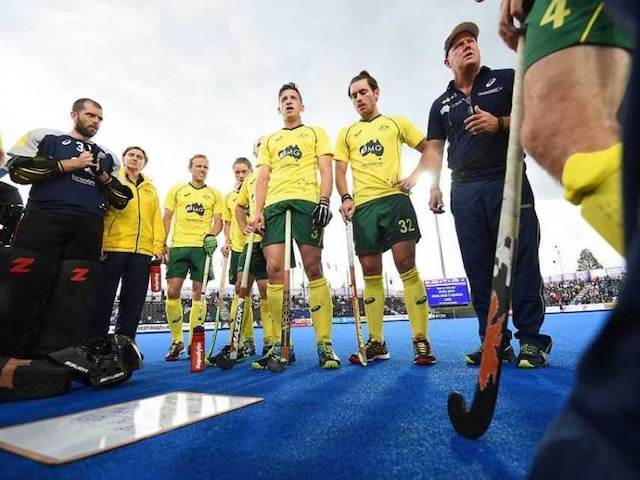 Australia secured their place in the final of the 36th Hero Champions Trophy with a 2-0 win over Belgium in the preliminary league, while defending champions Germany were out of contention after being held 1-1 by Great Britain.

Title holders Germany are without a victory from four outings, drawing three and losing one. This puts them out of contention from the title encounter.

Britain stay in the hunt for the second spot in the final with five points from four matches and need to win the last fixture against Belgium on Wednesday to stay in contention.

World No. 1 Australia boosted their points tally to 10 from four matches to ensure that they would feature in the title showdown irrespective of any result in other matches.

India are in the second place with seven points, followed by Britain on five and Belgium on four. Open play goals from Glenn Turner in the 38th minute and Tristan White in the 49th gave Australia the upper hand against the Belgians, who tried to put up a good contest but suffered from poor shooting.

Australia, winners of the Champions Trophy for a record 13 times, take on India in their last round-robin league fixture. That match is extremely important for India, who are on seven points from four outings. Germany today took the lead through a penalty corner goal by Tobias Hauke, who made good use of a rebound from the goalkeeper in the 29th minute. Britain shot back through a penalty corner strike of their own through Ashley Jackson to equalise in the 48th minute and split two points with Germany, who had won the title two years ago in Bhubaneswar.

Comments
Topics mentioned in this article
Australia India Hockey
Get the latest Cricket news, check out the India cricket schedule, Cricket live score . Like us on Facebook or follow us on Twitter for more sports updates. You can also download the NDTV Cricket app for Android or iOS.