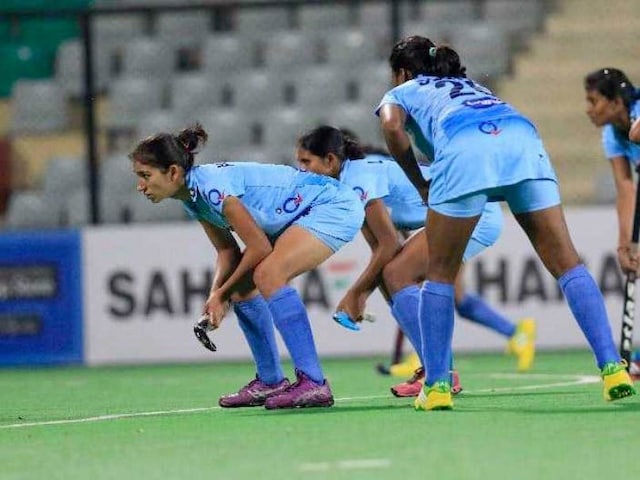 India on Friday tasted their first defeat in the fourth women's Asian Champions Trophy hockey tournament as they went down fighting 2-3 against China in their final league encounter and will take on the same opponents in the summit clash on Saturday.

The match was a pulsating one with both teams pushing each other to their limit. However, in the end it was China who scored the winning goal with just two minutes left for the match to end.

The win put China on top of the table with nine points, pushing India to second spot with seven points, followed by Japan, Korea and Malaysia.

The two sides face each other in the summit clash on Saturday, starting at 5:00 pm IST.

Both teams started strong and displayed some skillful hockey to enthrall the Singapore crowd that turned up in large numbers. The Indians were unlucky in their two attempts from the penalty corner and both teams went into the first half in a stalemate.

It was the Chinese who started the second half strong and scored their first goal in the 35th minute through Yang Chen's impressive field goal.

China took a two-goal lead in the fourth quarter, which saw intense moments, when Qiu Guo made her way into India's 'D' and sent a quick one past India's keeper Rajani in the 51st minute.

However, this did not dent India's hopes as they struck back with two consecutive goals in the final few minutes of the last quarter.

It was Poonam Rani's quick reaction that helped India convert a penalty corner in the 52nd minute. Then, skipper Vandana Kataria, who had earlier missed a chance, made amends by sending one past the Chinese custodian in the 55th minute to equalise.

Chances flew both ways, though, but it was China who held their nerves till the last minute as they earned a penalty corner, only their second of the entire match, and made sure they converted it.