India defeated South Korea 5-4 in the penalty shootouts after the regulation period score read 2-2 in the first semifinal of the Asian Champions Trophy hockey in Kuantan, Malaysia. Catch hockey highlights of India vs South Korea here.

In Kuantan, Malaysia, India entered the final of the Asian Champions Trophy hockey championship on Saturday. In their first major tournament after the Rio Olympics, India faced a gritty South Korean team that held them to 2-2 in the regulation time before India won 5-4 in the penalty shootout. Catch hockey highlights of India vs South Korea here. (HOCKEY NEWS)

17:50 hrs IST: Hope you enjoyed our coverage. Thanks for following, Join us tomorrow for the summit clash. 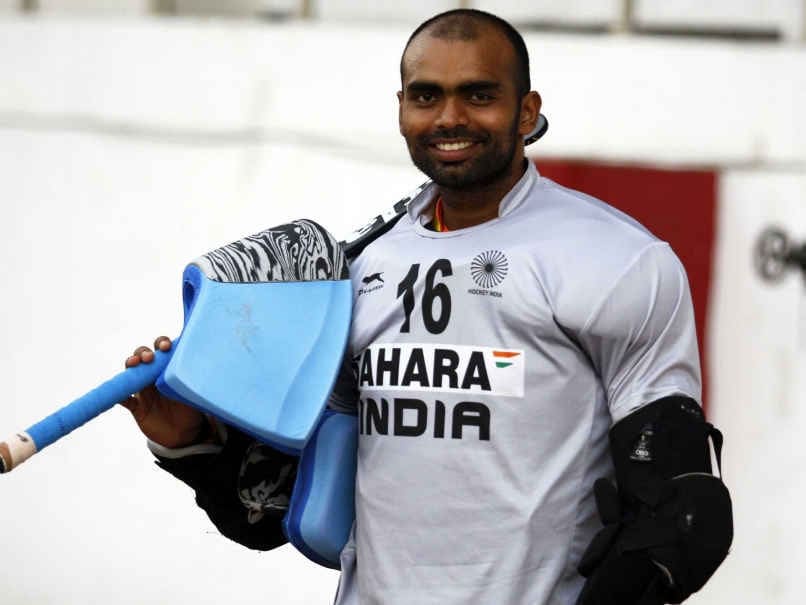 PR Sreejesh has been a key player in the Indian men's hockey team over the years.
Photo Credit: Hockey India

17:45 hrs IST: That was one exciting game of hockey. Another awaits us as hosts Malaysia take on Pakistan and the winner of that semifinal will take on India in Sunday's final of the tournament.

Congrats Indian hockey team as they beat S. Korea 5-4 in strokes after 2-2 at FT to enter the final of the #ACT2016. @TheHockeyIndia

17:40 hrs IST: And India won it! All five Indians managed to score via the shootout and it all boiled down to goalkeeper PR Sreejesh who saved South Korea's last chance to enter the final of the Asian Champions Trophy

#ACT2016 (Men): FULL TIME! @16Sreejesh's save in the 5th round of the shoot-out sends India into the finals. #INDvKOR #IndiaKaGame pic.twitter.com/zqqLwGqzvt

17:27 hrs IST: The shootouts about to start. PR Sreejesh heading towards the goal

17:25 hrs IST: What will Roelant Oltmans tells his boys

17:21 hrs IST: India is applying real pressure on the Koreans! Less than a minute left

17:17 hrs IST: That was superb stick work by Sardar to set up Ramandeep's goal! Could not get better. Individual brilliance at its best

17:12 hrs IST: Oh No! Good saves from Sreejesh but it struck the hand of an Indian defender and it is a penalty stroke for South Korea

17:09 hrs IST: Play has slowed down because of the rain

17:07 hrs IST: Superb ball from Sardar, the grand old man still has class in him

17:05 hrs IST: It continues as of now as the rain gets harder

17:03 hrs IST: It is raining in Kuantan and it can affect the turf... Will they call off play?

17:01 hrs IST: Just one last quarter left. It is now or never! India dominated the third quarter but were not able to convert any of their chances

16:58 hrs IST: Chinglensana to Nikkin and it is close.... well deflected by the South Korean defender

16:56 hrs IST: Good pass from outside the D but Ramandeep could not convert

16:51 hrs IST: Rupinder takes the flick and it is a poor one, straight into the hands of the keeper

16:50 hrs IST: And India get a penalty corner thanks to some good stick work from skipper Uthappa

16:48 hrs IST: Good defence there by Rupinder or it could have been another penalty corner for South Korea

16:46 hrs IST: Stat attack! In the last five meetings between the two sides, India have won thrice and South Korea none

16:44 hrs IST: And the semi-final resumes in Kuantan

#ACT2016 (Men): HT! India and Korea battle it out to enter the break on level terms. 2nd half up next. #INDvKOR #IndiaKaGame pic.twitter.com/liXPcHDuNn

16:35 hrs IST: Good flick but superb save by Sreejesh! That ball was going like a bullet!

16:33 hrs IST: But now the Koreans have earned one PC on the counterattack!

16:31 hrs IST: Good ball by Ramandeep but no one to support him out there at the front. But importantly India have got a penalty corner. Will it be Rupinder?

16:29 hrs IST: Several opportunities for India in a matter of seconds. India waste all!

16:25 hrs IST: This means that South Korea have lost their referral

16:24 hrs IST: Rupinder deflects the ball but the South Koreans are not happy and have gone upstairs for a review

16:22 hrs IST: Just for information - India are ranked No.6 in the world while South Korea are No.11

16:18 hrs IST: South Korea are keeping possession as of now but tough to break through the sea of blue

16:12 hrs IST: GOAL! And India finally convert from the stick of Talwinder Singh! Beautiful stick work and then a reverse flick in the 15th minute, just before the hooter goes off for Q1!

16:11 hrs IST: India are creating the chances but not being able to convert them!

16:10 hrs IST: Ramandeep with a good chance but the ball has been deflected by the goalie!

16:08 hrs IST: The Indian team seems to have had a gala dinner last night!

16:06 hrs IST: Ramandeep passes to Rupinder and the ball is deflected by a South Korean defender! Scoreboard still reads 0-0!

16:05 hrs IST: Penalty corner! The first of the match! And that too for India! Will they convert?

16:04 hrs IST: South Korea on the other hand have won and drawn twice while losing once to qualify for the semi-finals

16:02 hrs IST: India are unbeaten in the tournament so far. Having played five, they won four times and drew once and that one time was also against South Korea.

Here's how India lineup against Korea in the Semi Final of the 4th Men's Asian Champions Trophy. #INDvKOR #IndiaKaGame pic.twitter.com/iqJwSE2G6u

15:54 hrs IST: The good news for India is that PR Sreejesh is back in the goal despite the ankle injury that he had

15:52 hrs IST: The second semi-final will be played between hosts Malaysia and Pakistan a little later in the day

15:50 hrs IST: Both the teams are out there for the national anthems

15:48 hrs IST: This is the first semi-final of the Asian Champions Trophy

15:45 hrs IST: Hello and welcome to the live blog of the India vs South Korea semi-final! 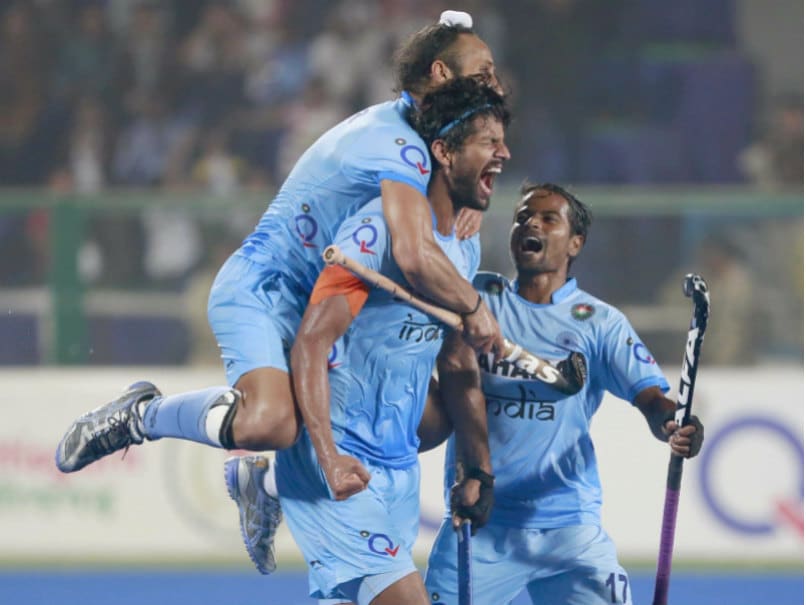 The winners of the India vs South Korea match will play the winners of Malaysia versus defending champions Pakistan. The Asian Champions Trophy hockey championship features the top six Asian men's team. Japan and China were the other teams.

India emerged on top of the table after the round-robin league stage. They scored 25 goals in five matches and conceded only six. Considering the fact that first-choice goalkeeper and skipper PR Sreejesh missed two games due to injuries, India have done well to defend.

India will miss their top defender Surender Kumar due to a two-match suspension. Surender's cynical foul during the match against Malaysia has now landed the team in a bit of bother.

Korea were the only team to split points with India in the group stage. They drew 1-1. The young team, trained by the legendary German coach Paul Lissek, has scored 11 goals but their strength lies in their tight defence.

It will be a good test for India's strikers, mainly dragflicker Rupinder Pal Singh, who is the tournament's top scorer with 10 goals.

Comments
Topics mentioned in this article
Live Blogs , 1900-01-01 , India , 1900-01-01 , Hockey , 1900-01-01 ,
Get the latest Cricket news, check out the India cricket schedule, Cricket live score . Like us on Facebook or follow us on Twitter for more sports updates. You can also download the NDTV Cricket app for Android or iOS.