The Indian women's hockey team's hopes of defending the Asia Cup title went up in smoke as Korea secured a come-from-behind 2-3 win to qualify for the final of the continental event at the Sultan Qaboos Complex on Wednesday. 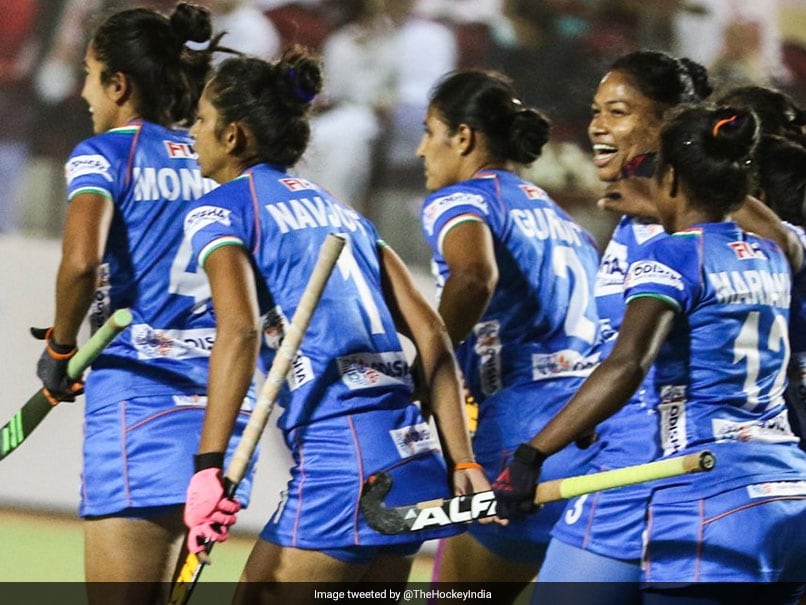 The Indian women's hockey team's hopes of defending the Asia Cup title went up in smoke as Korea secured a come-from-behind 2-3 win to qualify for the final of the continental event at the Sultan Qaboos Complex on Wednesday. India started brightly and took the lead in the 28th minute through Vandana Katariya before Korea made a brilliant comeback after the change of ends and scored thrice through skipper Enubi Cheon (31st), Seung Ju Lee (45th) and Hyejin Cho (47th) to stun the holders.

India will now play the loser of the second semifinal between Japan and China in the third-fourth place play-off match on Friday.

If the first two quarters belonged to India, the Koreans dominated the game after the half time break.

India earned a penalty corner early on in the first quarter but Gurjit Kaur's flick was saved by the Korean goalkeeper.

Minutes later Shamila Devi's reverse hit from top of the circle flew inches over the goal.

Lalremsiami gave India the lead soon from close range but the goal was disallowed because of a foul inside the circle.

Seconds from the end of the first quarter, Vandana's reverse hit try was saved from close range by the Korean custodian.

The Indians came close twice and were by far the better side on display but failed to translate their chances into goals.

The Koreans looked dangerous on the counter but the Indian defence was up to the task.

In the second quarter Korea secured their first penalty corner but failed to breach the Indian defence as skipper Savita produced a double save.

Two minutes from the breather, India secured back-to-back penalty corners and Vandana this time scored with a rebound from the second set piece to give the defending champions a 1-0 lead at half time.

The Koreans came out a completely different side after the breather and drew parity in the 31st minute when Cheon scored a scrappy goal from a penalty corner after the initial shot was saved by Savita.

Just at the stroke of the third quarter, Korea surprised India by taking the lead through Lee as Savita made a mess of a routine save.

Two minutes into the fourth and final quarter, Korea made it 3-1 in their favour when Cho pushed in the ball past an off-balance Savita after receiving a pass from Hyejeong Shin.

With time running out, Lalremsiami reduced the margin for India six minutes from the hooter, guiding in Vandana's high ball but it was too little too late.

Comments
Topics mentioned in this article
India Women Hockey
Get the latest updates on ICC Women's Cricket World Cup 2022 and IPL 2022, check out the Schedule , Live Score and IPL Points Table. Like us on Facebook or follow us on Twitter for more sports updates. You can also download the NDTV Cricket app for Android or iOS.