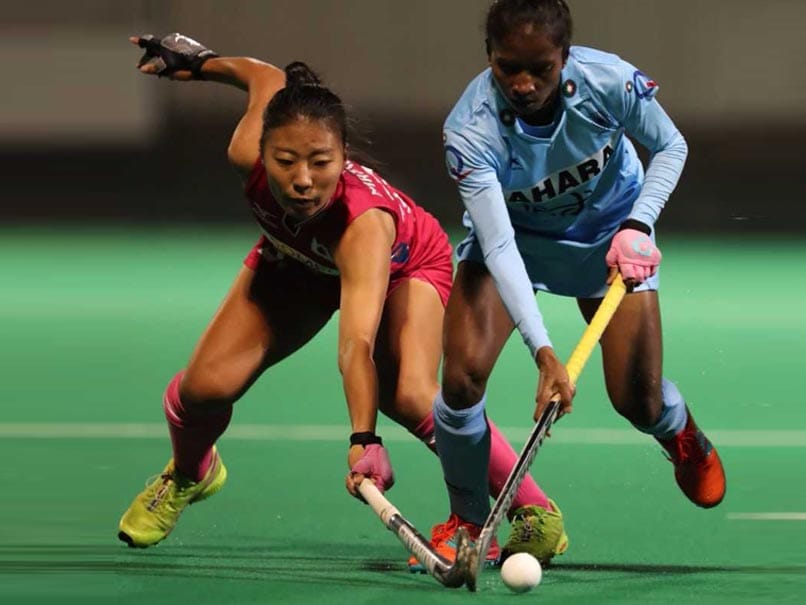 The Indian women's hockey team continued its splendid run and came up with an overall performance to stun defending champions Japan 4-2 in the semi-final of the Asia Cup hockey tournament, on Friday. Goals from Gurjit Kaur (7th, 9th minutes), Navjot Kaur (9th) and Lalremsiami (38th) ensured India's entry into Sunday's final where they will face China. India had earlier defeated an unpredictable China 4-1 in the league stage of the tournament. Against Japan, the Indians got off to a rollicking start by earning back-to-back penalty corners to put pressure on the host nation.

Drag-flicker Gurjit Kaur gave India a 1-0 lead in the seventh minute when she improvised the injection to send the ball past Japanese goalkeeper Akio Tanaka.

Almost immediately, India won a penalty corner and Gurjit was yet again on target as she gave India a commanding 3-0 in no time.

India won another penalty corner in the first quarter but this time Tanaka made a fine save.

While the first 15 minutes belonged to India, the defending champions made a strong comeback in the second quarter.

Japan unleashed a well-coordinated attack on the Indian defence and found space for Shiho Tsujii to score past Indian custodian Savita in the 17th minute.

The next few minutes saw India's defence put to test by the Japanese.

Yui Ishibashi gave India jitters when she scored another field goal to close the gap to 2-3 in the 28th minute.

From there on, the Indians were needed to play cautiously and not make impulsive decisions. This was exactly what they did after the 10-minute break at halftime.

While Savita made a brilliant save to deny Japan from a penalty corner at the start of the third quarter, Lalremsiami scored a sensational field goal in the 38th minute to extend India's lead to 4-2.

The final 15 minutes of the match continued to remain tense as Japan won two penalty corners but Savita stood like a rock in front of the goal to deny the hosts.