Simone Biles, McKayla Maroney, Aly Raisman and Maggie Nichols excoriated USA Gymnastics, the US Olympic Committee and the FBI in a Senate testimony. 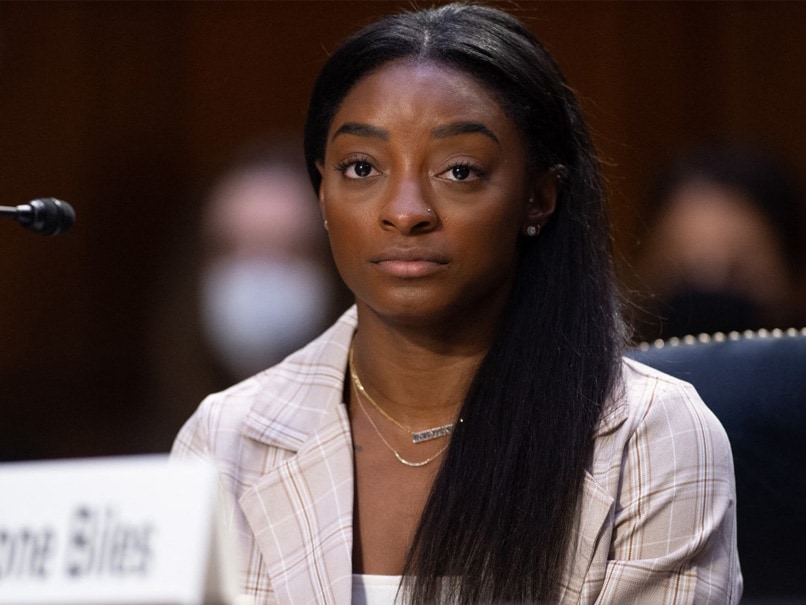 US gymnasts Simone Biles, McKayla Maroney, Aly Raisman and Maggie Nichols excoriated USA Gymnastics, the US Olympic Committee and the FBI in a powerful Senate testimony on Wednesday for failing to take immediate action over sexual abuse allegations against team doctor Larry Nassar. "We have been failed and we deserve answers," said the 24-year-old Biles, a seven-time Olympic medalist and the most decorated gymnast in world championships history. While condemning the inaction of the FBI, the gymnasts had harsh words for the leadership of USA Gymnastics and the US Olympic and Paralympic Committee (USOPC).

"We suffered and continue to suffer because no one at the FBI, USAG or USOPC did what was necessary to protect us," Biles said.

Maroney, who won a team gold medal at the 2012 London Olympics, said she reported the abuse by USA Gymnastics doctor Nassar to the Federal Bureau of Investigation in 2015.

"They allowed a child molester to go free for more than a year," the 25-year-old Maroney told the Senate Judiciary Committee. "They had legal, legitimate evidence of child abuse and did nothing."

Nassar, 58, is serving a life sentence after pleading guilty in late 2017 and early 2018 to sexually assaulting women and girls while working as a sports medicine doctor at USA Gymnastics and Michigan State University (MSU).

Hundreds of women -- including Olympians, gymnasts and collegiate athletes -- have accused Nassar of sexually abusing them over the course of his more than two-decade career.

Biles, Maroney, Raisman and Nichols were invited to testify before the Senate committee about the "FBI's dereliction of duty in the Nassar case."

Nichols, who won a gold medal at the 2015 World Artistic Gymnastics Championships, said she reported Nassar's abuse to USA Gymnastics leadership in 2015.

"I am haunted by the fact that even after I reported my abuse so many women and girls had to suffer at the hands of Larry Nassar," Nichols said.

"USA Gymnastics and the United States Olympic and Paralympic Committee have all betrayed me and those who were abused by Larry Nassar," the 24-year-old Nichols said.

FBI Director Christopher Wray and Michael Horowitz, the Justice Department Inspector General, are scheduled to testify before the Senate panel later Wednesday in a separate session.

Horowitz's office was the author of a damning report published in July that looked into the FBI's handling of accusations against Nassar.

It found that despite the "extraordinarily serious nature of the allegations," senior officials in the Indianapolis Field Office of the FBI failed to respond with the "utmost seriousness and urgency that they deserved."

USA Gymnastics reported Nassar to the FBI in July 2015, but he continued to see patients at MSU until a newspaper exposed him in September 2016.